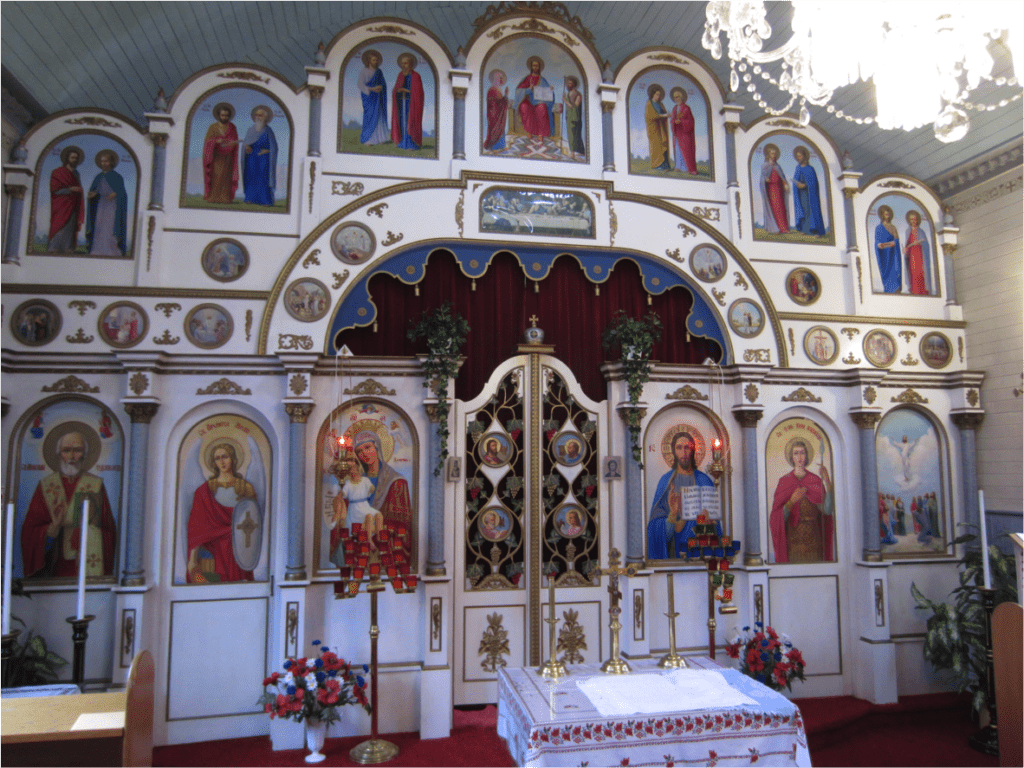 On April 16, professors John-Paul Himka and Natalie Kononenko gave a presentation in the CIUS lecture series on the Sanctuary Project, whose main focus has been documenting sacral culture on the Canadian prairies for the past six years. Work on this project comes at a crucial time because the iconic onion-domed churches that have been an integral part of the prairie landscape are rapidly disappearing as their congregants move from farms to cities. The churches are an important part of Canadian history. They hold tremendous emotional significance for the people who attend them and the many who now live far away but consider the rural churches emblematic of their Ukrainian Canadian identity. Yet as important as the churches may be, they simply cannot be maintained. For this reason the Sanctuary team has been travelling around the provinces of Alberta and Saskatchewan and creating a record of prairie churches in digital form. They photograph not only church exteriors, but also all church contents: icons, prayer books, banners, vestment, tetrapods. The team conducts interviews with parishioners, recording information about ritual practice such as the celebration of weddings and baptisms and important holidays such as Christmas, Easter, and Khram or Praznyk.

The work of the team has been funded by a number of small grants, as well as many private donations. This past year Sanctuary was recognized with the awarding of a major grant from the Kule Institute for Advanced Study. This award will go toward fieldwork expenses and the establishment of a database in the University of Alberta Library which will allow the public access to the work of the Sanctuary team.

On April 16, two members of the team, John-Paul Himka and Natalie Kononenko offered the public a glimpse into some of the findings that have emerged from their years of fieldwork. Himka spoke about icons, richly illustrating his talk with eighty-five slides. He underscored the diversity of icon painters. Some, like Wadym Dobrolige and Theodore Baran, had excellent training, the former at the Kyiv State Art Institute and the Academy of Arts in Leningrad and the latter at the Studite monastery in Univ. Others were self-taught, with some being complete amateurs who responded to a personal call to paint icons for their parish. Some iconographers, most notably Baran and Peter Lipinski, were very prolific while others, according to Himka, were “one-hit wonders” who painted icons for a single church only. Dobrolige could make a living from icon painting, but he was in the minority and most artists needed to take on other projects to survive. A number of iconographers were parish priests. 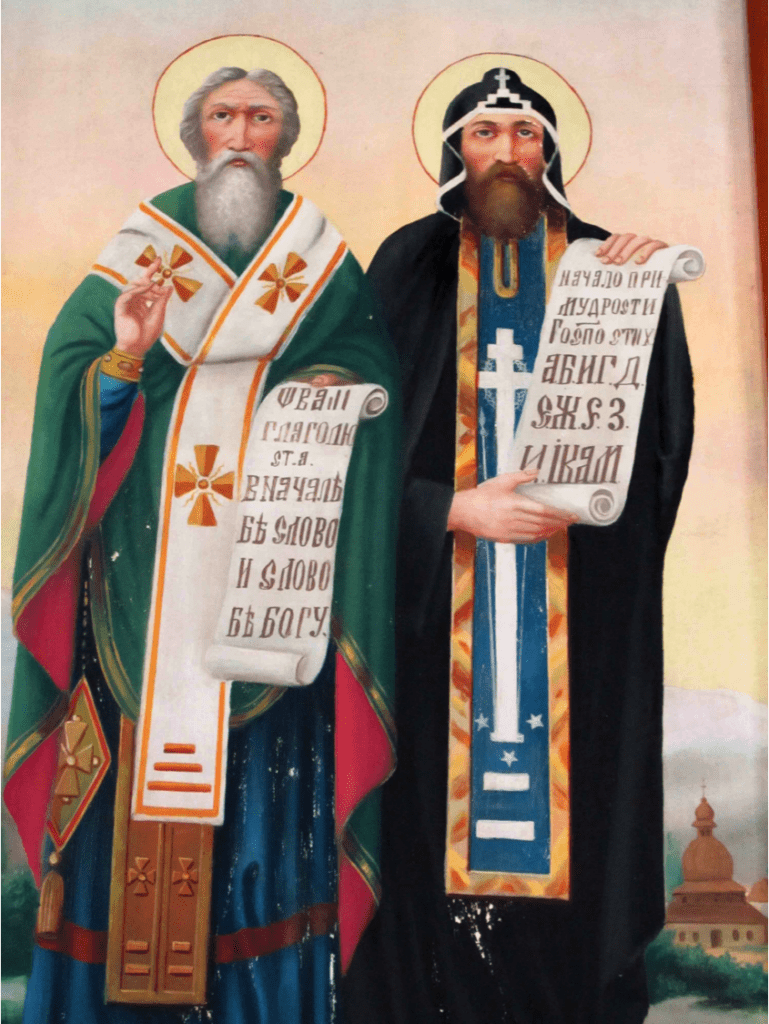 Iconographers, especially in the early period, were exclusively men. Women joined their ranks with time, and current painter Vera Senchuk of Winnipeg is widely recognized and sought-after. Most of the earlier painters, like Lipinski, were Ukrainians who came over in the first or second wave of immigration to Canada, but Canadian-born Ukrainians tried their hands at iconography as well. After World War II, professional artists came from Ukraine and worked in Canada. These included Baran, Dobrolige, Vasyl Zalutsky, among others. More recently, new Ukrainian immigrants such as Olena Zinchouk and Protodeacon Nazar Polataiko have been painting icons and churches. Interestingly, there are a number of beautiful icons and murals painted by artists with no direct connection to Ukraine or Ukrainian culture, such as Karen Isbister and Steve Knight.A real character among iconographers was Ignatius Sycz, who painted the interior of the first Ukrainian Catholic Church of Ss. Peter and Paul in Mundare, AB, but mainly worked in Saskatchewan and Manitoba. He was known for his alcoholism and sometimes asked to be paid in liquor. If payment was delayed, he was said to have painted horns on some of the saints. A man in Swan Plain, SK, told Himka that Sycz requested a gallon of wine a day as payment, claiming that he needed the alcohol to fortify his courage on the scaffolding. But clearly there was another side to the man, for he was known to move skillfully on the high scaffolds. Sycz may not have been a trained artist and he never seemed to grasp the principles of anatomy, but his works are striking for their original conceptions, strong colors, and emotional impact. 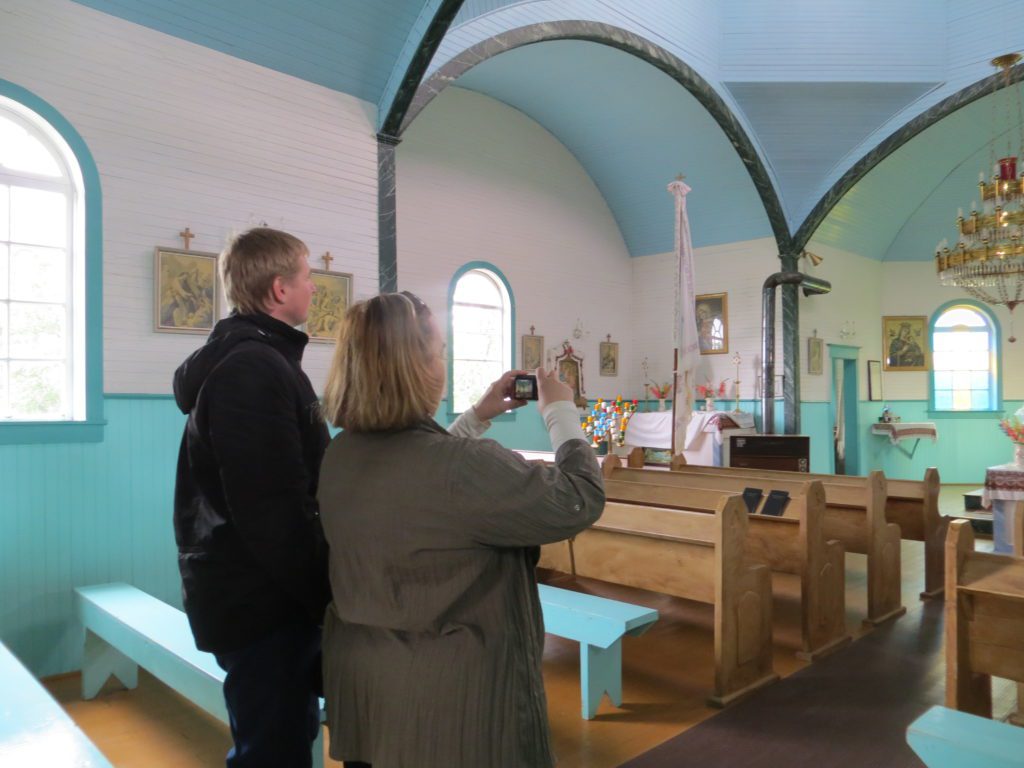 Kononenko reported on some of her findings concerning ritual practice. Her work has shown that, because Ukrainians who moved to Canada had to sever connections to their homeland, “linking objects,” items that served as a concrete focus for longing, became particularly important. Those objects could be rural churches; but they could also be items of clothing that linked generations, establishing a sense of continuity in the new Canadian setting. One aspect of ritual development that the Sanctuary work has brought to light, Kononenko said, was the fact that differences in ritual between Canada and Ukraine were not simply the product of gradual attrition. Tradition is often viewed as something that is slowly modified or lost. In Canada, however, because immigrant families were primarily nuclear and grandparents were left behind, there was an actual break in tradition in many cases. No elders were available to teach pysanka-writing or embroidery or the baking of ritual breads, for example and neighbors who might have shared such information lived too far away. As a result, the church often took on the role of tradition-bearer, with nuns instructing rural children in Ukrainian folk arts and also teaching skills needed for integration into Canada such as baseball.

The presentations of the two Sanctuary team members was followed by a lively question and discussion period. Himka and Kononenko look forward to presenting more of their findings and to sharing the podium with their colleague, Frances Swyripa. They also look forward to an exhibit of some of the many photographs taken by their team.

The Canadian Institute of Ukrainian Studies (CIUS) is a leading centre of Ukrainian studies outside Ukraine that engages in and support research and scholarship in Ukrainian and Ukrainian-Canadian studies.
If you would like more information on the Institute, please visit our website at www.cius.ca, facebook page at www.facebook.com/canadian.institute.of.ukrainian.studies?ref=hl