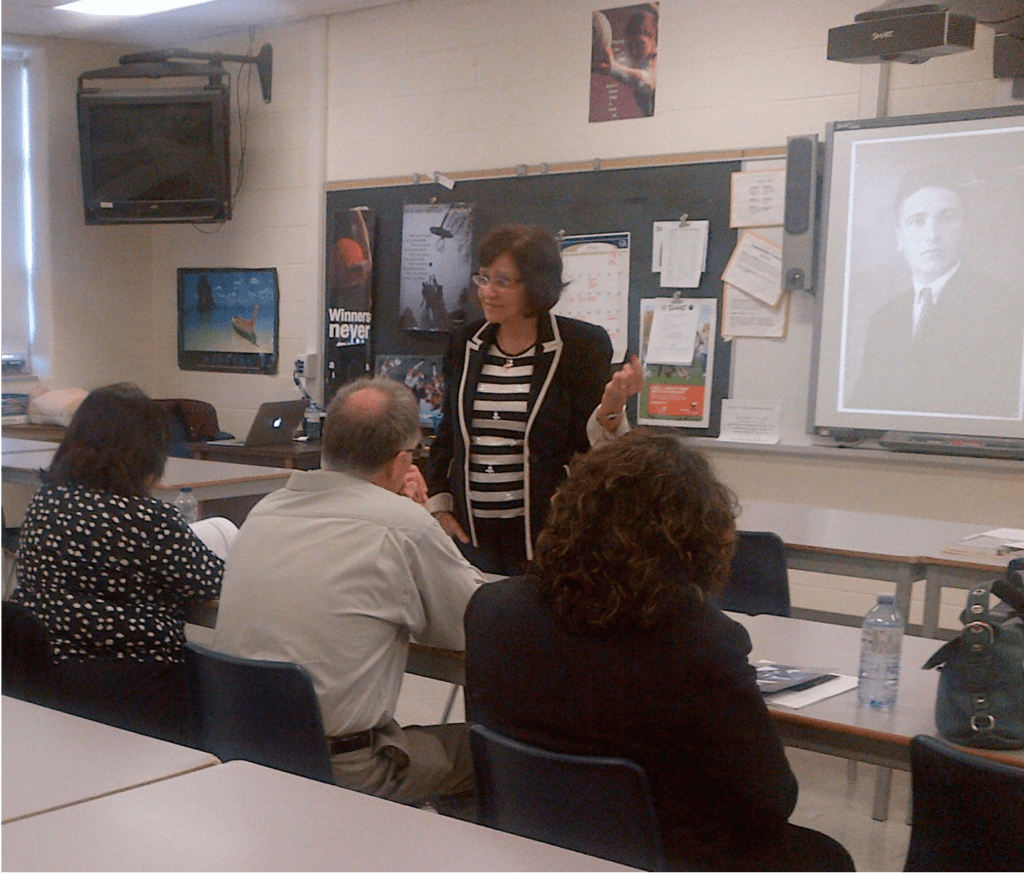 (CIUS-Toronto) In recognition of Genocide Awareness month, Valentina Kuryliw, Director of Education for the Holodomor Research and Education Consortium (HREC, Canadian Institute of Ukrainian Studies, University of Alberta), conducted six workshops in southern Ontario on the topic of the Holodomor. Ms. Kuryliw also serves as Chair of the National Holodomor Education Committee (NHEC) of the Ukrainian Canadian Congress.

“April has become a time for recognition and remembrance of those who have fallen victim to and survived genocides, and it is important that we ensure the place of the Holodomor in these commemorations,” Ms. Kuryliw explained.

On April 24, 2015, the Canadian House of Commons passed a motion designating April as Genocide Remembrance, Condemnation and Prevention Month, recognizing and commemorating the victims and survivors of the Holodomor, the Holocaust, the Rwandan genocide, and the Armenian genocide. The Motion calls on Canadians to remember these genocides and their victims in order to learn from the past and ensure that such atrocities are not repeated.

Ms. Kuryliw conducted a workshop for history and social studies teachers titled “The Genocidal Famine in Ukraine, 1932–1933, its historical significance in the past and present” at the Professional Development Day of the Toronto District School Board. Ms. Kuryliw noted, “A number of them already teach the Holodomor and were eager to acquire additional resources. This was a definite improvement over a workshop I conducted in 2011, in which almost none of the teachers knew about the Holodomor.”

Ms. Kuryliw also held a workshop for history teachers and curriculum leaders of the Hamilton–Wentworth District School Board on April 21, and on April 25, for teachers and administrators at the “Equity and Inclusivity Conference” of the Dufferin Peel Catholic District School Board. In each case, educators received handouts on the Holodomor that included sample lesson plans, information on new resources, new published materials and DVDs, and a pamphlet on the Holodomor Memorial Day that is held annually on the fourth Saturday in November.

The teachers were particularly pleased to receive handouts detailing the curriculum applications of the Holodomor to specific courses such as the newly developed ‘Equity and Social Justice’ courses in the Ontario Social Sciences and Humanities Curriculum and selected courses within the new Canadian and World Studies Curriculum (grades 10, 11 and 12). These handouts included educational expectations and focus questions aimed at helping students think critically and engage in discussion about the Holodomor.

In addition, three educators teaching courses on genocide invited Ms. Kuryliw to speak to their classes, at Weston Collegiate Institute (Toronto), Markville Secondary School (Markham), and Bishop Marrocco Night School (Toronto). Ms. Kuryliw engaged students through her reflections on the Holodomor from the perspective of her family’s experience. Students were especially interested in making connections between events in the 1930s and what is happening in Ukraine today, Ms. Kuryliw noted.

On April 8 Ms. Kuryliw met with representatives of Facing History and Ourselves, an educational organization dedicated to examining “racism, prejudice, and anti-Semitism in order to promote the deployment of a more humane and informed society.” The purpose of the meeting was to share resources and teaching materials on the Holodomor and to explore possible cooperation.

Later this year, the Holodomor Research and Education Consortium plans to publish “Holodomor in Ukraine, the Genocidal Famine of 1932–1933,” a workbook for students and educators authored by Ms. Kuryliw.

Assistant to the Director of Education, HREC