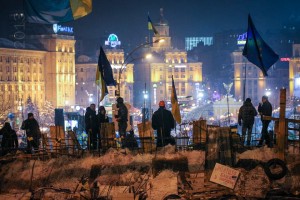 10 February 2015— In the course of the Euromaidan revolution and the subsequent military conflict with separatists and the Russian army in Donbas in 2013‒15, thousands of people—military and civilian—have been killed and hundreds of thousands displaced. The ongoing conflict also has repercussions for the European Union, the United States, Canada, and the United Nations with its role of promoting peace, security, and human welfare. 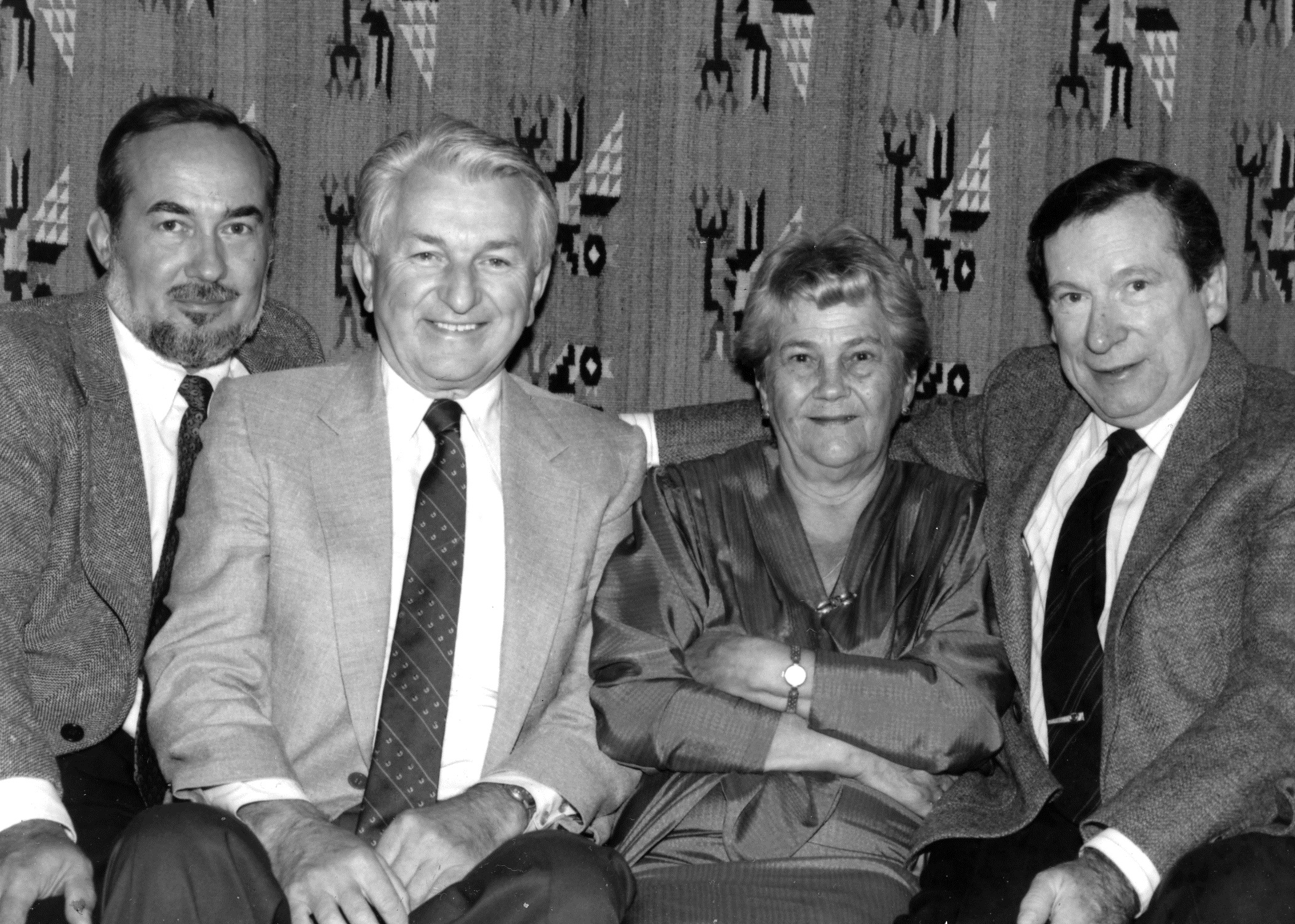 (l‒r) Danylo Husar Struk, John Stashuk, Stephania Bukachevska-Pastushenko, and Manoly Lupul. Courtesy of Natalka Husar. 4 February 2015—The Canadian Institute of Ukrainian Studies (CIUS) at the University of Alberta announces the establishment of a new archival fellowship in Ukrainian (including Ukrainian-Canadian) studies. CIUS invites applications for one or more archival fellowships in this field. The value of one fellowship cannot exceed $24,000.

A student showing support for Ukraine 30 January 2015—On 27 January 2015, as part of International Week on campus at the University of Alberta, the Canadian Institute of Ukrainian Studies (CIUS) participated in two sessions devoted to the current war in Ukraine and the Euromaidan Revolution preceding it. The first session, on War and Revolution in Ukraine, opened with a sketch of the background by Dr. Bohdan Harasymiw, acting coordinator of the Centre for Political…

Screenshots from the project 15 January 2015—The UkraineAlive project was started in October 2011 in response to a request for help on ProTeacher, a professional on-line community for Canadian school teachers in grades preK‒8. The team which created UkraineAlive was headed by Dr. Natalie Kononenko, Professor in the Department of Modern Languages and Cultural Studies, University of Alberta, and consisted of graduate students and system analysts Mark McKellar,  Kamal Ranaweera and Melania Ru’Aini from the…

This article investigates to what extent human capital and social origins can explain income and occupational inequalities among servants in the city of Poltava in 1765-1769 years. The census data suggests that in case of women a combination of human capital (experience with age for young girls) was combined with social circumstances (married and widows had higher salaries which had only an option to go down). In case of men Cossacks and peasants were not…

CIUS Seminar Series Bohdan Harasymiw Professor Emeritus of Political Science at the University of Calgary, and Acting Coordinator, Centre for Political and Regional Studies at CIUS   Is the dream of Ukrainian sovereignty—resuscitated most recently in 2014—about to be permanently extinguished? Is the undeclared war in eastern Ukraine the last gasp? The answer depends on uncovering the true nature of the conflict going on there. Some are calling it a “civil war,” while others see…

The Internet Encyclopedia of Ukraine

What About the Drone? Ukraine Hosts Most Successful LGBTQ Event in the Nation’s History, but Not Without New Challenges

Ukraine recently hosted the largest and most successful Pride March