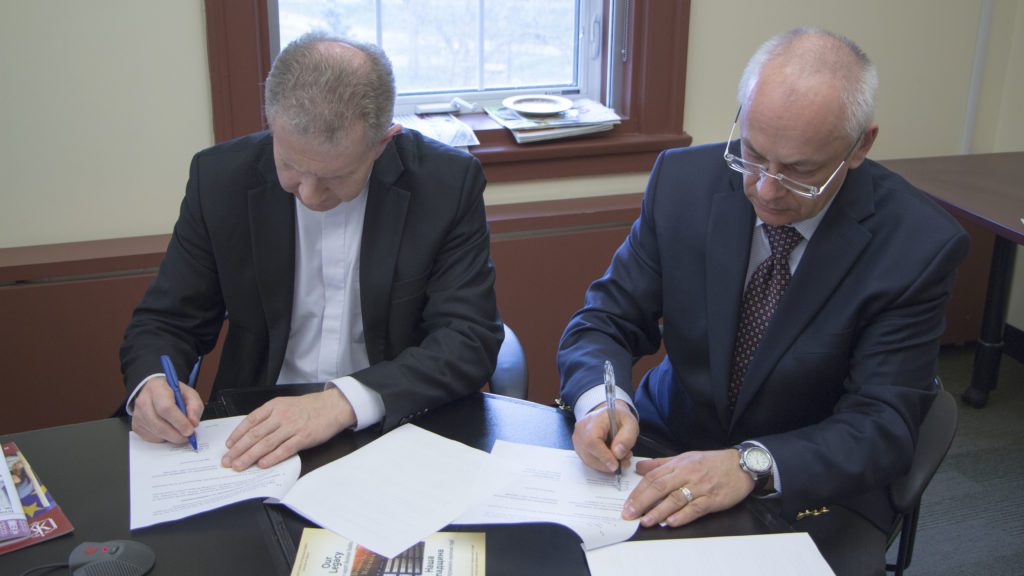 On May 1, 2015, Father Bohdan Prach, rector of the Ukrainian Catholic University (UCU) in Lviv since 2013, visited the CIUS and the dean of arts at the University of Alberta. A day earlier Father Prach took part in the CIUS-cosponsored book launch at the St. Josaphat Cathedral Hall of his two-volume study on the clergy of Peremyshl (Polish: Przemyśl) Eparchy between 1939 and 1989. The study documents the fate of 1,000 Ukrainian Greek Catholic clergymen on the basis of Father Prach’s decades-long examination of archives and collection of over 5,000 interviews and eyewitness testimonies. Through his visit to Edmonton he sought to strengthen the close relationship between the CIUS and the UCU. 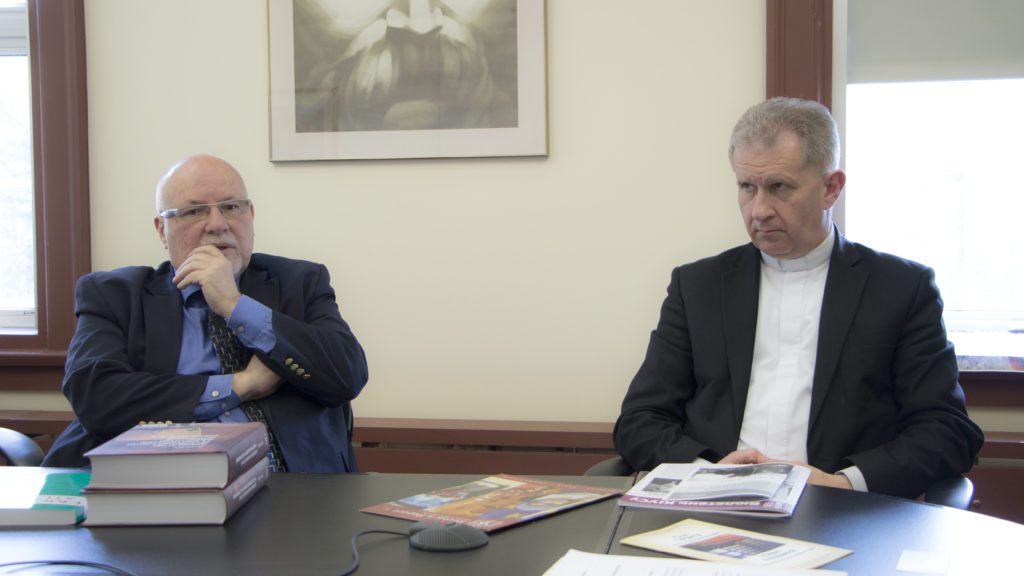 During his meeting with Professor Volodymyr Kravchenko, CIUS director, Professor Frank Sysyn, director of the Peter Jacyk Centre for Ukrainian Historical Research, Dr. Bohdan Klid, CIUS assistant director, and Dr. Steven Bello, CIUS’s newly appointed team leader, Father Prach outlined his plans for the development of new fields and programs at the UCU that would answer the needs of post-Maidan Ukraine. Dr. Kravchenko informed the rector of the numerous new initiatives at the CIUS, especially those focusing on contemporary Ukraine. Dr. Kravchenko also drew attention to the various CIUS programs in Ukraine and the desirability of closer co-operation among them and with the University of Alberta. 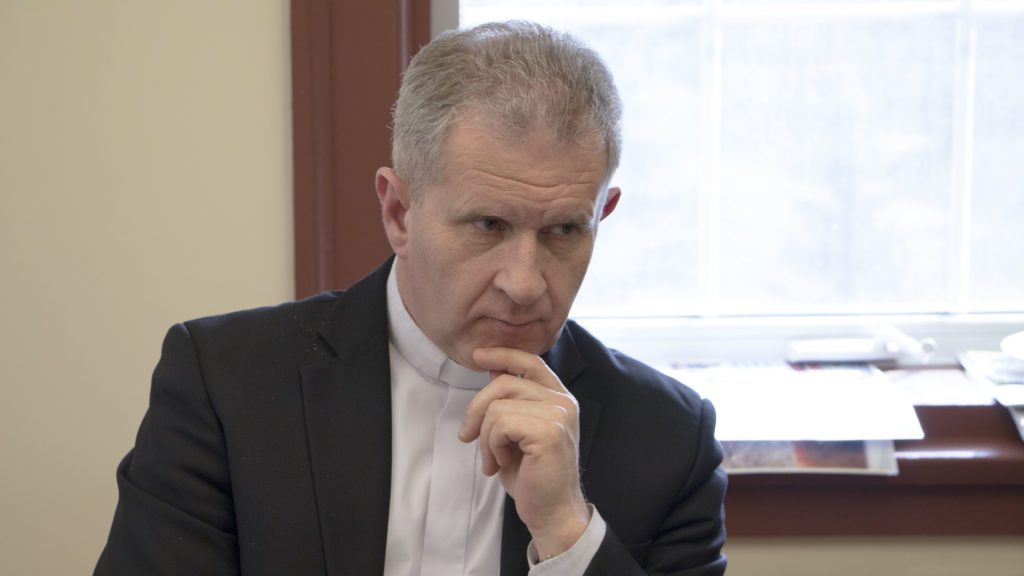 The meeting was also devoted to the signing of a new memorandum of understanding between the CIUS and the UCU to facilitate the work of the Petro Jacyk Program for the Study of Modern Ukrainian History and Society. Founded in 1989 through an endowment of the  as part of the Peter Jacyk Centre for Ukrainian Historical Research at the CIUS, the program involves faculty and staff at the UCU and the Lviv Ivan Franko National University (LNU). The program has been headed by a prominent specialist in modern Ukrainian history, Professor Yaroslav Hrytsak. Its activities are closely connected with the Institute for Historical Research at the LNU. In addition to producing one of the most prominent historical journals in Ukraine, Ukraïna moderna, the program organizes a series of publications entitled “Memoirs, Diaries, Interviews” and of archival and source materials, such as the collected works of Father Mykhailo Zubrytsky, and also supports research projects. The program sponsored the research of Professor Oleksandr Zaitsev, whose recent monograph on Ukrainian nationalism won numerous book awards, as well as Dr. Liliana Hentosh’s forthcoming book about Metropolitan Andrei Sheptytsky. 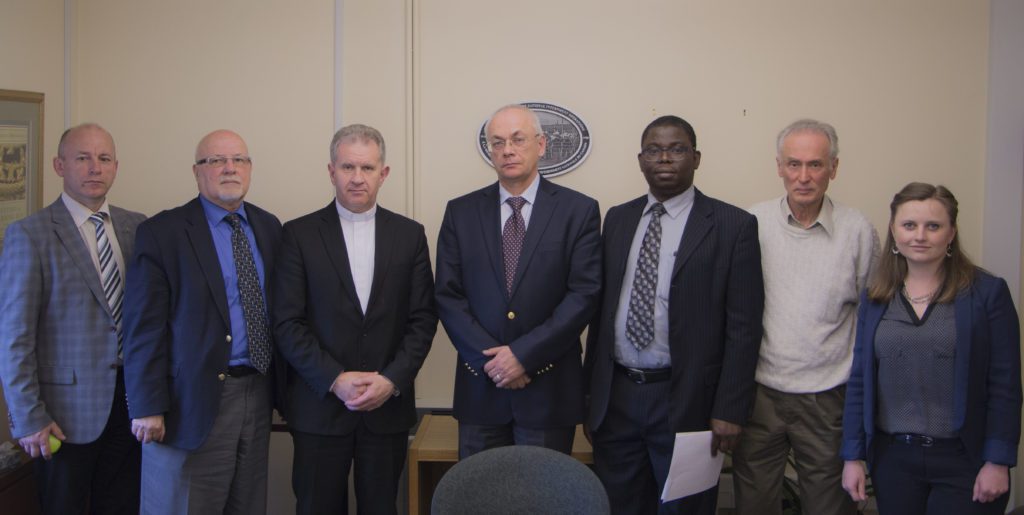 The successful visit of the rector of the UCU to the University of Alberta and Edmonton promises to strengthen existing ties and forge new links between the CIUS and this dynamic educational institution in Ukraine.