Conference on Communism and Hunger 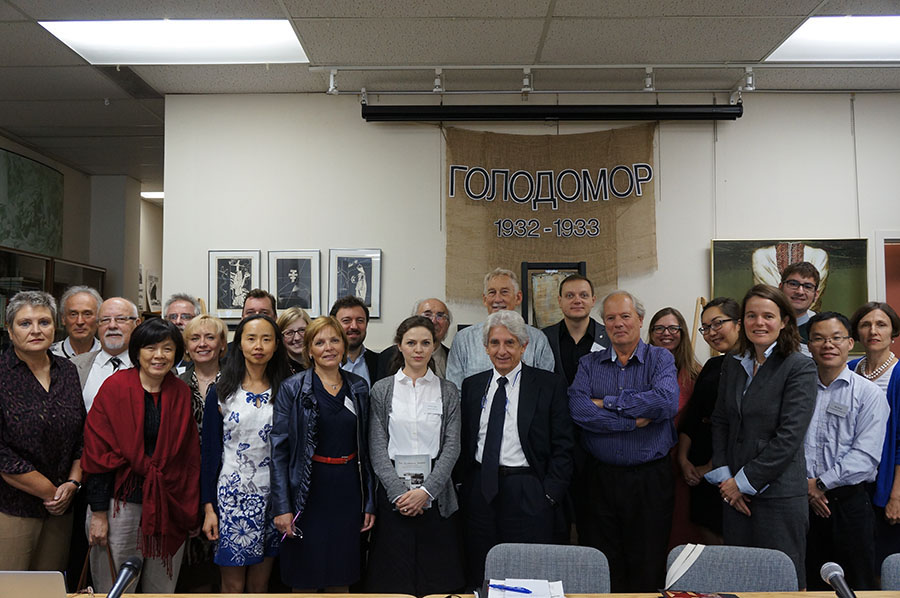 22 October 2014— Scholars from Canada, France, Italy, Hong Kong, England, Ukraine, and the United States gathered in Toronto on September 26–27 to examine and compare the Ukrainian, Kazakh, Chinese, and Soviet famines at the conference Communism and Hunger, organized by the Holodomor Research and Education Consortium (HREC) of the Canadian Institute of Ukrainian Studies (CIUS), University of Alberta.

This conference explored the similarities and differences between these political famines, which were examined both individually and in relation to one another. Day One of the conference, held at the Munk School of Global Affairs, University of Toronto, began with a panel entitled “The Soviet, Kazakh, Ukrainian, and Chinese Famines Compared.” It featured Nicolas Werth (Institut d’Histoire du Temps Présent, Paris); Lucien Bianco (l’École des Hautes Études en Sciences Sociales, Paris), and Andrea Graziosi (Italian National Agency for the Evaluation of University Research, Naples). Olga Andriewsky (Trent University) served as the discussant. 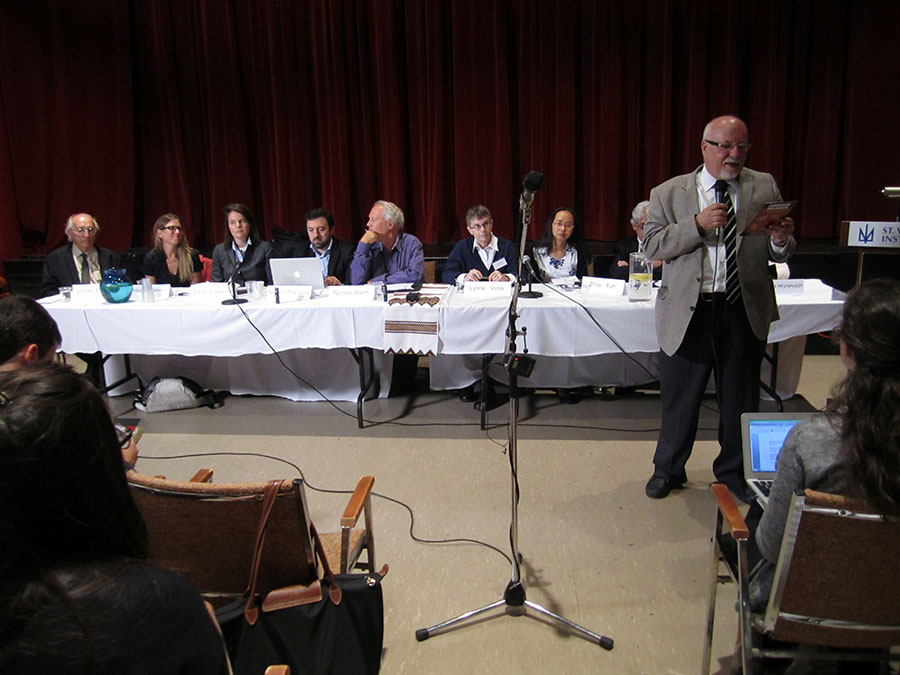 The second day, held at St. Vladimir Institute, began with a Q&A session especially for graduate students and early career scholars. HREC provided stipends to ten academics, including two from Ukraine, to support their attendance. A round table featuring all of the conference presenters followed in the afternoon. The conference concluded with a public lecture by Andrea Graziosi on “Stalin and Hunger as a Nation-destroying Tool.” The open sessions, round table, and public lectures were recorded and will be available at the Munk School website (http://munkschool.utoronto.ca) as well as the HREC website (www.holodomor.ca).

The conference succeeded in its primary objective of generating high-level presentation and discussion regarding the similarities and differences between the famines under consideration. Moreover, its sessions were well attended.

A number of major interpretive points came to the fore. Among the issues noted by the panel discussants, two stand out. The first was the question of ideology and the belief that the state could quickly and fundamentally transform society. The second concerns the issue of governance and governing structures, specifically the expanded capacity of the Communist states (specifically the USSR and China) to carry out policy as well as the impunity afforded these regimes owing to their ability to eliminate resistance and cover up their actions.

Numerous other issues were raised during the course of the conference. There was repeated reference to the fact that Stalin and the central Soviet authorities were antagonistically disposed to the peasantry, particularly in Ukraine, where wide-spread rural uprisings against the Bolshevik regime had occurred in 1919 and the peasantry was clearly linked to the nationality question. Consequently, when the crisis of collectivization came to a head in Ukraine, Stalin proceeded with deliberate measures to destroy Ukrainian peasant resistance there, using famine as a tool. His intentionality was clear, all the more so since the policy of Ukrainization was dismantled at the same time. In China the leadership, much of which had come from the countryside, had a more positive opinion of the peasantry. Nevertheless, it also unleashed a vicious assault on the rural population with catastrophic results, although not targeting a specific group as in the Holodomor situation. The political impact of these events on the Communist leaders was dramatically different. Stalin was successful in his assault against the peasantry and consolidated his personal power. Mao was forced to retreat, and only after several years was he able to regain his stature.

Kazakhstan’s great famine of 1931–33 claimed the lives between 1.15 to 1.5 million Kazakhs, approximately one third of their population, as well as much smaller an as-of-yet uncertain number of the European settlers (primarily Russians and Ukrainians) there. The famine was brought on by high livestock procurement quotas to feed Moscow, Leningrad, and other Russian cities whose impact was compounded by an underestimation of the live weight and actual number of animals in Kazakhstan. This resulted in the elimination in a few short years of 90 percent of the livestock there. The campaign did not target the nomadic Kazakhs per se, although it was accompanied by a project for their “total sedentarization” that might have been regarded as “legitimizing” such excessive requisitions.

Various manners of commemorating or remembering the famines also generated consideration. In Ukraine the Holodomor is commemorated at the personal and civic level, although its memorialization has had inconsistent support from the state. In Russia the pan-Soviet famine is not a public issue. Kazakhstan went through a period in which its famine was examined as a major concern, but then left in limbo as if the matter had been resolved. The issue was later reprised, but not pursued because of the potential consequences of “politicizing” the issue. In China the famine came out into the open after Mao’s death, but it has not developed into a public concern. Rather, it has been “contained.”

In the course of discussion, it was noted that the conference might also have considered the on-going North Korean famine as well as the Ethiopian famine of the 1980s. As well, the question of imperialism emerged, particularly its applicability to the situation in the Soviet Union (specifically within the framework of centre-periphery relations regarding Ukraine and Kazakhstan). Further to this, a call was put out for a future comparative examination of famine in the context of empires from the director of the newly-established Ukrainian Centre for Holodomor Studies at the Kyiv Mohyla Academy National University, Liudmyla Hrynevych.

The conference was cosponsored by the Petro Jacyk Program for the Study of Ukraine at the Centre for European, Russian, and Eurasian Studies (CERES) and the Asian Institute, both at the Munk School of Global Affairs, University of Toronto. The Ukrainian Canadian Research and Documentation Centre, St. Vladimir Institute, and the Canadian Foundation for Ukrainian Studies are also providing support. HREC, established through generous funding from the Temerty Family Foundation, conducts and supports research and the study of the Holodomor and engages in a range of activities to promote the teaching of the Holodomor in schools.