22 October 2014— This was the title of a roundtable discussion organized by the Petro Jacyk Program for the Study of Modern Ukrainian History and Society, together with the bimonthly English-language journal New Eastern Europe (Wrocław and Gdańsk, Poland). It took place within the framework of the Lviv Book Forum on 12 September 2014. The discussion was inspired by a suggestion from Professor Roman Szporluk, a member of the New Eastern Europe editorial board, that the word “Eastern” be dropped from the title of the journal, the better to reflect current realities in the context of the Euromaidan and its aftermath. 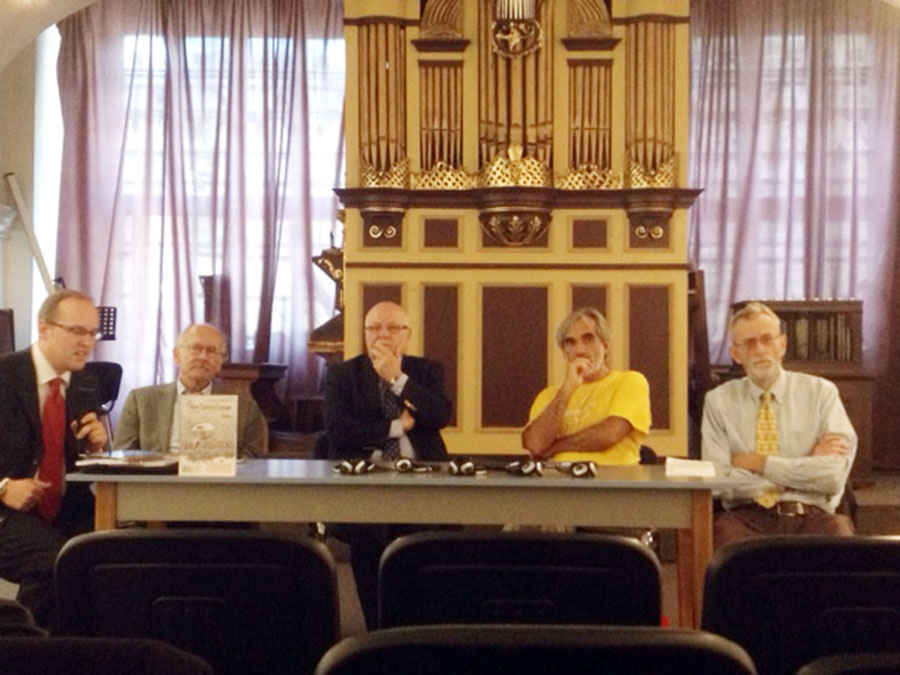 The discussion was moderated by Adam Reichhardt, editor in chief of New Eastern Europe. The four panelists were Professor Andreas Kappeler (University of Vienna), Professor Mark von Hagen (University of Arizona), Professor Frank Sysyn (Canadian Institute of Ukrainian Studies, University of Alberta), and Professor Yaroslav Hrytsak (Ukrainian Catholic University). They addressed the question: What does “Eastern Europe” mean in 2014? Obviously, significant changes are taking place in this region, especially in the context of recent events in Ukraine. Even though these events symbolize a certain break in political development, one cannot help noting a number of historical continuities since 1914, when Eastern Europe played a central role in world politics.

The discussion will provide the basis for a special issue of New Eastern Europe. A transcript of the discussion will be published simultaneously in an issue of the peer-reviewed journal Ukraina moderna that is planned as a Festschrift in honor of Professor Roman Szporluk.