Call for Papers: Practices of Order: Colonial and Imperial Projects

Call for Papers for the January 2014 Conference Practices of Order: Colonial and Imperial Projects 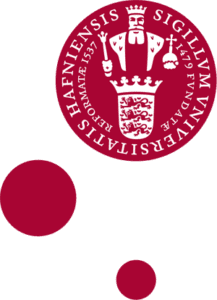 The organizers invite paper proposals for the international conference Practices of Order: Colonial and Imperial Projects to be held at the University of Copenhagen, Denmark, on 28-30 January 2015.

With this conference the organizers wish to explore practices developed by colonial states and empires in order to govern the behavior of their subject populations. Studies of colonialism and empire have increasingly drawn attention to the problem of conceptualizing the political logic of colonial projects and the circumstances of state formation processes in colonial contexts. Concepts such as “colonial governmentality” (Prakash, Thomas, Scott, Legg), “state effect” and “enframing” (Mitchell), “rule of difference” (Chatterjee), “ethnographic state” (Dirks), “the colonial state as a social field” (Steinmetz), “affective state” (Stoler) have contributed immensely to the analytical framing of the peculiarities of colonial rule.

By evoking the concept practices of order the organizers wish to highlight the complexities of colonial power relations and political processes. These practices were not only utilized by colonial authorities to secure social control, but were also essential in establishing abstract visions of colonies as ordered and governed spaces. The practice of governing entails processes of thinking about governmental strategies and planning for order as well as efforts to effectuate ordering programs. Accordingly, contributors to the conference are encouraged to investigate the different ways in which colonial space and subjects were rendered calculable and governable and how these abstractions were in turn invested in interventional programs of order. The organizers therefor invite papers that address the heterogeneous field of thought and action, within which a multiplicity of authorities sought to govern the conduct of colonial subjects through a diversity of practices.

Topics may include (but are not limited to):

The organizers invite proposals from scholars working in all disciplines. Please include the following information with your proposal:

Those invited to participate in the conference will be asked to submit papers of no more than 8,000 words in length by 3 January 2015.
In order to promote dialogue between conference participants the number of participants will be limited to twenty-four people.
The Conference will be held at the University of Copenhagen. Participants are expected to make their own arrangements for travel and accommodation. However, some travel funding will be made available for selected PhD students, if accepted.

Proposals and enquiries should be sent to administrative coordinator Jane Finnerup Johnsen (janefj@hum.ku.dk).

The conference is organized by the research project Colonial Policing, Law and Penal Practices funded by the Danish Council for Independent Research | Humanities. More information will be posted at the project’s webpage: http://colonial.saxo.ku.dk/.