On 30 March 2020 Ukraine’s parliament managed to finally pass the Law “On the land market,” which will regulate land tenure relationships and eliminate the moratorium on land sales starting from 1 July 2021. After 30 years of uncertainty, landowners will finally be able to exercise their property rights over land in full. Until next year, though, any market operations like selling or buying land will be prohibited. This prohibition, however, has been successfully bypassed for many years with the help of renting. The most common length of a rental contract in Ukraine is 49 years, which is a pretty close substitution for selling/buying a plot. The main problem, however, is that rental rates are very low: landowners often receive in-kind payments like a sack or two of grain or flour per year for their land plots—which is especially worrisome when one compares the fees for land in similar European countries. The current rental fee per hectare of land in Ukraine is around $50, versus $181 in Hungary, $243 in France, $271 in Bulgaria, and $957 in the Netherlands.[1] As a result, 42% (or 17.4 million hectares) of agricultural land in the country is being rented.[2] Moreover, the one hundred largest agricultural producers are cultivating more than 6.6 million hectares of rented farmland, or 15.5% of the agricultural land.[3] In contrast, in Germany, for example, 92% of all farms have less than 100 hectares of land in their possession,[4] while in Poland 97.5% of all farms cultivate less than 100 hectares of land each.[5] Usually, the large agricultural companies in Ukraine sign thousands of land leasе contracts with landowners who possess an average of 4 hеctares of land, which leads to landowners having very little bargaining power over the big companies. Unfortunately, the unregulated structure of the Ukrainian land market and the low security of property rights have created a perfect environment for different kinds of manipulations with the land.

A recent study has shown that the rental fees for land in Ukraine are connected to political outcomes.[6] The results of this research suggest that in the period after elections, companies located in districts with higher electoral support for parties that form the parliamentary majority tend to get significantly lower rental rates for land than companies operating in pro-opposition districts. It may be a sign of clientelistic relationships between the political parties and large agricultural holdings: parties promise to help reduce the rental rates for land after they win elections and form the parliamentary majority, while in return the companies “motivate” their employees to vote for those parties. The parties have the power to affect rental rates through the administrative apparatus: rural district and village heads are usually members of the parties that win the elections, and usually they are intermediaries between the agricultural companies and the landowners. They organize the meetings between the parties, help with formal and administrative procedures of formalizing rental agreements, and also have informal authority to “persuade” landowners that the rental fee they get from the company is fair. Individual landowners have very low bargaining power against the big companies with their lawyers, on the one hand, and the district officials, on the other. Moreover, if the majority of landowners agrees to the rental fee offered, the rest must agree to it as well, because the only other option would be no rent at all. That is because no other company would want to rent a small land plot located in the middle of an aggregate field rented by another company. Hence, the rental fee offered by the company and supported by the district officials usually ends up being accepted by the landowners unanimously.

This research study analyzed three rounds of parliamentary elections in Ukraine: in 2002, 2006, and 2007. Its results suggest that the land rental rates paid by companies located in districts with higher electoral support for the Communist Party of Ukraineand the Social-Democratic Party of Ukraine (united) were significantly lower in 2003–05, when these parties were in the Parliament (Verkhovna Rada of Ukraine). On average, for each hectare of rented land, 1% of the votes for the ruling party in a district generated a 122–35 hryvnias reduction in the rental fees paid to the lessors. If an average company leases 1,700 hectares of land, then a reduction of 122 hryvnias on each hectare per year would generate a total savings of 207,400 hryvnias per year. Thus, such a company would save just over 2 million hryvnias in ten years. Furthermore, if we consider not an average company but a large agricultural holding that rents 50,000 hectares of land and more, the savings amount to 6.1 million hryvnias per year and 61 million hryvnias over ten years.

Similar trends were observed after the 2006 Parliamentary elections. This time, however, agricultural companies paid significantly lower mean rental rates for land in districts that showed higher support for the Party of Regions and the Communist Party—part of the parliamentary majority after the elections. By engaging in clientelistic relations with the Party of Regions, a company that cultivated 1,700 hectares of land would save up to 132,600 hryvnias per year on average for each 1% of the votes during the elections; and for supporters who voted in the Communist Party, this number could have increased up to 510,000 hryvnias per year.

The research described above is based on election data in 2002–10, which was the period when the state had the strongest influence on regions and when regional development allowed for much corruption and clientelistic schemes. Some of them were uncovered and widely discussed in the media and by society. In 2014, after the Maidan Revolution the new Government was formed and launched decentralization efforts in order to try reduce the dependence of regional powers on the central authorities. The decentralization reform has transferred a lot of the decision-making power and has granted more financial independence to Ukraine’s regions, in that way weakening the possibility to affect regional decisions from the top, and reducing the scope for clientelism.

Although much has changed in Ukraine since 2010, the importance of understanding the risks associated with unlimited state power remains and is becoming more and more important nowadays. The most recently elected president of Ukraine, Volodymyr Zelensky, won the elections in 2019 with unprecedented support (receiving 73.22% of votes in the second round), while his political party “Servant of the People” gained 254 of 424 seats in the Parliament later that year and has now formed a single-party majority in the Verkhovna Rada for the first time in the history of modern Ukraine. Since then, a great number of state officials from the pre–Maidan Revolution times have been reappointed to state-level positions. The most prominent example is the now-former head of the Presidential Administration, Andriy Bohdan, who worked in the Government during 2007–14 and was subsequently even lustrated (banned from posts in the Government). However, he was the main advisor to President Zelensky for the first nine months of his term in office.

Another example is Viktor Medvedchuk, who was the leader of the Social-Democratic Party of Ukraine (united) in 1998–2007; currently his new, pro-Russian party—“Opposition Party For Life”—is again in Ukraine’s Parliament, while he is the owner of several major media outlets in Ukraine. The concentration of power in the hands of the president and the return of many pre-Maidan officials have created the scope for “old” methods of state control being brought back to life. Therefore, it is especially relevant nowadays to understand what the consequences of such power may be for the land market, and to learn from past mistakes.

Many pre-Maidan officials have created the scope for “old” methods of state control being brought back to life.

We trust that nothing will stand in the way of the newly passed law on the land market, which has the objective of eliminating the old schemes and focusing market forces on helping to establish fair prices for land. However, civil society must be vigilant and assist in stimulating the creation of a Ukrainian land market as soon as possible. At the same time, proper outreach measures should be directed at reassuring landowners who at times are scared of the land market due to massive political propaganda. The sooner the land market becomes functioning, however, the more benefits the landowners, the state, and possibly the companies will be able to harvest. And that should be the main goal for anyone working within the land market.

For more details on the research discussed above, see the full background paper. 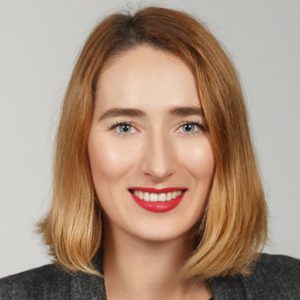 Olha Zadorozhna, Ph.D., is an assistant professor at Kozminski University in Warsaw. She obtained her Ph.D. from Bocconi University in Italy and specializes in financial and political economics. Dr. Zadorozhna has been working on the topic of the land market in Ukraine for over eight years. Additionally, she is involved in several research projects analyzing the impact of political decisions on financial markets, as well as a project analyzing the scale and effects of suburbanization in Poland.