Indeed, the Russian ruling elite subscribes to this imperial ideology. It appears to give a sort of coherence to the official historical narrative. Thus, the process of building Russia does not look like a helter-skelter bloody and opportunistic business of stealing, conquering, and grabbing disparate territories wherever possible. However, that is what founding and “developing” Russia was—or, rather, has been.

In the early 2000s, Russian imperialism was rebranded as Russkii mir, which by the vagaries of the language can ambiguously be interpreted as “Russian world” or “Russian peace.” According to its actual use in Russia itself, this concept could be denoted in English with the Huntingtonian formulation “Russian (Orthodox) civilization.” Falling back on this concept, Russian ideologues and propagandists pretend that Russia “was not, is not, and cannot be” an empire. That this territorially largest state in the world is a benevolent power, and actually anti-imperialist and anti-colonial in its character.

Moscow mendaciously blames present-day imperialism on the West’s former colonial metropolises. As though it were Britain and France that were still maintaining and enlarging their empires through conquest, not the Russian Federation.

The present-day Russia’s neo-imperialism of the Russkii mir is a rather vague idea, which does not constitute a doctrine that could be applied in political or military practice. Hence, these latter disciplines did not consider it seriously, even if they learned of this doctrine at all. Yet, it underpins the Kremlin’s political analysis that eventually led to taking the decision to launch a full-scale onslaught on Ukraine with the aim of erasing this state from the political map of the globe.

Three decades ago, following the fall of communism and the breakup of the Soviet Union, the former US National Security Advisor Zbigniew Brzeziński was asked about what would become of Russia in the future. His reply was succinct and starkly binary. According to him, post-Soviet Russia had the option of becoming a “normal European country” (nation-state) or a colony of China.

In the 1990s, the West hoped that Russia would choose the former option. The country’s reformist and liberal elites opted for capitalism, democracy, and tentative alliance with the West. In a way, it was a continuation of the last Soviet leader Mikhail Gorbachev’s policies of perestroika (more free market economy) and glasnost (more political freedoms). This geopolitical honeymoon in the wake of the end of the Cold War did not last long. The first Russian president, Boris Yeltsin, settled on autocracy as an appropriate system of governance for the Russian Federation and allowed for the rise of oligarchic-style capitalism. Finally, Yeltsin solidified this oppressive system, which privileges very few, by installing a former KGB officer, Vladimir Putin, on top as his hand-picked successor in 2000.

The new Russian president gradually overhauled Russia into an authoritarian dictatorship before settling for the firm Soviet-style totalitarian course that has been maintained between the limited attack on Ukraine in 2014 and the full-scale war on this country in 2022. Meanwhile, in 2005, when addressing the Duma (Russian parliament), he opined that the breakup of the Soviet Union was the greatest geopolitical catastrophe of the [20th] century. Two years later, at the Munich Security Conference Mr. Putin accused the US of undue dominance over the world and warned the West to stay away from the former Soviet territories in Europe.

In the Kremlin’s opinion, Russia had to regain its lost status of a global superpower. This goal was to be achieved with the threat of the world’s largest nuclear arsenal and thanks to the cobweb of increasingly weaponized oil and gas pipelines, which made Europe dependent on Russia’s whim . When in 2008 the West did not react to Russia’s occupation of a fifth of Georgia’s territory, it appeared to grudgingly consent to the Russian president’s revanchist program. Moscow checked the West’s opinion again in 2014, when Russia annexed Ukraine’s Autonomous Crimean Republic. No hard reprisals followed, with the exception of the toothless sanctions that were gradually lifted by 2019, despite the fact that Russia continued to wage a low-intensity war in eastern Ukraine. Thus, Russian money again trumped democratic principles.

Communist China was distrustful of Gorbachev’s reforms. It followed its own kind of “communism with Chinese characteristics” and its own course of reforms. The 1989 Tiananmen Square massacre constituted the turning point. Beijing decisively embraced capitalism (perestroika) but firmly rejected any semblance of democracy (glasnost) in favor of IT-enabled turbo-totalitarianism. In 2019, the 70th anniversary of the founding of the People’s Republic of China was celebrated. To Mr. Putin’s chagrin, the Soviet Union, as officially established in 1922, had survived only for 69 years until it splintered in 1991.

In the Russian president’s thinking, sticking to China’s “Beijing Consensus” of totalitarian capitalism would have saved the Soviet Union. Therefore, it is exactly this same system that was implemented in Russia under Mr. Putin’s rule of 22 years and counting. The dictator on the top governs with the use of totalitarian methods, while the economy is run in accordance with general free-market principles. Obviously, like in China, oligarchs must obey the dictator’s wishes or otherwise be stripped of their assets, imprisoned, and often assassinated.

On 24 February 2022 the Russian president ordered a full-scale war on Ukraine. The decision was predicated on the swift seizure of the Ukrainian capital of Kyiv and a resounding defeat of the Ukrainian troops within several days, at most in a single week. Such a swift victory would have reconfirmed the sought status of global superpower for Russia. Rogue or not, the world would have had to reckon with the country again, including the United States and China. Grabbing Ukraine’s territory and population, including the country’s vast economic resources and assets, would have boosted the Russian economy weakened by the war and sanctions.

The Kremlin also hoped that the West’s resolve would melt quickly, since some European countries led by pro-Moscow populists would choose Russian money and hydrocarbons over democracy. Millions of Ukrainian refugees, erratic supplies of Russian oil and gas, and Moscow’s blackmail in this regard were to ensure this outcome. In this manner, Europe would have fallen back into resurgent Russia’s sphere of political influence and, importantly, into China’s zone of hard economic dominance. The latter development would have catapulted Moscow into being China’s most important political partner in the supposedly coming “stand-off with the West.”

Hence, a quick victory in this (unjustified imperialist) war on peaceful Ukraine would have enabled the Kremlin to escape Brzeziński’s dilemma. Following the logic of the above-mentioned Kremlin’s political analysis, Russia was to have trail-blazed its own third path of an old-new superpower, on par with the US and China and well ahead of India. Military prowess, the menacing nuclear arsenal, and imperial conquests would have amply made up for Russia’s shortcomings in the departments of demography and economy. What is more, the Russo-Chinese alliance could have permanently tipped the globe’s political and economic balance against the West and democracy.

With the privilege of hindsight, now we know that it was a miscalculated gamble based on faulty intelligence and the Soviet-style army, which has been constantly robbed blind by its top commanders. Despite horrific human and economic losses, Ukraine was not defeated and now is poised to expel all the Russian occupation and invasion troops from its territory within the span of a year or two. To its credit, the West did not splinter under the pressure of Russia’s mendacious propaganda, oil and gas blackmail, and meddling in the domestic politics of European countries and the US.

On the international arena, Russia became overnight a pariah state, which can count on the support only of the likes of Belarus, Eritrea, and North Korea. China and India distanced themselves from this country and its disastrous war and international politics. The unprecedented amount and variety of sanctions levelled on Russia are stifling the country’s extractive economy. But contrary to predictions, it is still doing relatively well, thanks to the West’s payments for the slowly decreasing trickle of Russian gas and oil. In terms of Russia’s budget, the costs of warfare do not surpass this income. Yet, in the fall of 2022 the Kremlin took another gamble by forcing military mobilization on the country’s unwilling population. The move bolstered the faltering Russian army but deprived the economy of millions of essential IT and other specialists, who fled abroad. Not that it is of any immediate political importance, but the country’s public opinion is turning against the war.

Russia is back in the post-communist cage of Brzeziński’s dilemma. With its access to Western markets compromised for generations to come, the Kremlin has no choice but to sell its carbohydrates at dumping prices to China, India, and other anti-Western countries in the global South. Transportation costs to these places, which are located much farther away than Europe, also eat into any already diminished profits. In any foreseeable future, no return is possible to the previous level of post–Cold War political cooperation with the European Union and NATO.

The situation compels the Kremlin to turn to Beijing. However, China is wary of losing access to Western markets, which would hurt its economy’s export-based growth. The West’s economic, military, and humanitarian support for Ukraine shows that fellow democracies tend to come to the succor of any democracy, which is imperiled by a totalitarian imperial power. It is a warning to communist China that an invasion of democratic Taiwan would be extremely costly in military, political, and above all economic terms.

A future Russia that has lost its international and economic stature due to a coming defeat in the ongoing Russo-Ukrainian war would never become an equal partner to China. At best, such an anti-European and anti-Western Russia would survive as a Chinese client state, with its economy subjected to Beijing’s needs. The subsequent sinicization of the Russian economy, coupled with the country’s demographic decline, would open Russia to Chinese immigration. Perhaps within a generation or two, southern Siberia would be mostly populated by Chinese.

As a result, sooner or later Russia would turn into a Chinese colony, be it in a political, economic, and cultural sense if not in the literal one. A “Belt-and-Road” Chinese political-cum-economic empire would extend from Saint Petersburg and Belarus in the west to Vladivostok, North Korea, Hong Kong, and Myanmar in the east. 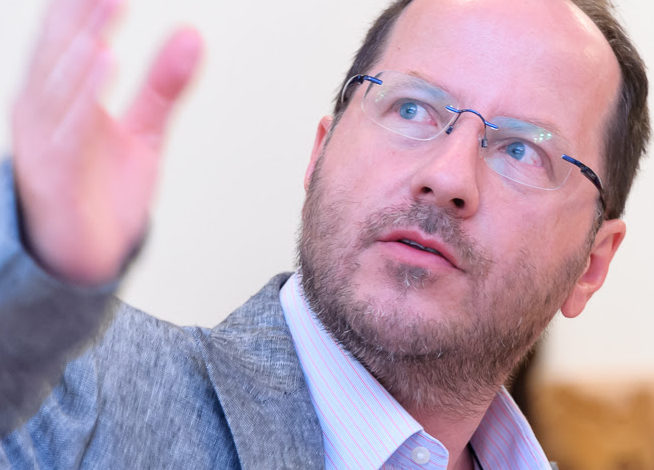 Tomasz Kamusella is Reader (Professor Extraordinarius) in Modern Central and Eastern European History at the University of St Andrews in Scotland. His recent monographs include Ethnic Cleansing during the Cold War (Routledge 2018), Politics and Slavic Languages (Routledge 2021) and Eurasian Empires as Blueprints for Ethiopia (Routledge 2021). His reference Words in Space and Time: A Historical Atlas of Language Politics in Modern Central Europe is available as an open-access publication.