Putin has been distorting history to justify Russia’s invasion of Ukraine. What is the real role of history in this war? Can you think of other reasons for his actions?

Well, history is important here on two levels. First of all, history was used as a justification for Moscow’s aggression—a particular way of reading history and misreading history. Before the all-out invasion of Ukraine started, in July of last year Putin published an article on the historical unity of Russians and Ukrainians. According to the majority of Kremlin watchers, it was actually at least drafted by him, so it wasn’t just Putin putting his name there: he was purposefully developing and supporting his old argument that Russians and Ukrainians are one and the same people, which means that Ukrainians did not exist and are not supposed to exist as a separate nation.

Putin’s argument goes back to the imperial Russian historiography of pre-1917 and belief in one big Russian nation. But it has been “retranslated” by Putin and become part of the Kremlin’s broader propaganda—slogans and posters in the occupied territories that “we and Russia are the same people.” Maybe even more importantly, the planning of the war was made on the same premises and same misreading of history. So the expectation was that Ukrainians would welcome the Russian troops as liberators and so on and so forth. And that is one level in which history is important.

Does Putin view Ukrainian democracy as a threat to his power?

Yes, what you see is that democracy is something that clearly bothers Russia. You can go back to the same article that I just mentioned by Vladimir Putin, “On the Historical Unity of Russians and Ukrainians,” and there is a very important paragraph where he attacks the Ukrainian president, Volodymyr Zelensky, without mentioning his name. And the argument there is that the West installed in Ukraine a system of government in which people change, personalities change, promises are allegedly made, but the policy toward independence doesn’t change. This is a direct attack on democracy in the sense that Putin is much more comfortable dealing with the Lukashenko type of regime in Belarus, and he was trying to do the same with the Yanukovych regime in Ukraine.

The resistance of the people to pressure to accept deals is something that Putin [apparently—ed.] considers to be a Western ploy against Russia. So really, he is not realizing or is not willing to realize that what is at stake, what bothers him so much is the democratic development of another country and that indeed in democracies elections do take place. Politicians are there not to follow the conservative utopia (like it is happening with Putin himself) but to be responsible to the electors and to the people. So that’s just one indication of how important the story is from the Russian side.

On the Ukrainian side there was a very interesting article by Nataliya Gumenyuk, a leading Ukrainian journalist who travelled all over Ukraine this past spring and heard the same phrase that we did from the people in the armed forces and people in the rear when they were speaking about the war and their determination to fight back. They were talking not about language, not about a culturally understood nation but about democratic freedoms. And that’s what they were defending. Again, that’s not the only reason why the Ukrainians are fighting, but it is certainly one of the key ones.

Ukraine is now an EU candidate. Do you see this as a significant marker of Western support behind Ukraine? What does this mean to you in terms of Ukrainian identity?

So the trigger for the start of this war was the European orientation of Ukraine. And from that point of view, now is the beginning of the new stage: all-out war. That European component is an important part of the story, and acceptance of Ukraine as a candidate member shouldn’t come as a surprise.

You wrote about the demise of the Soviet Union and that empires don’t die overnight. Is Russia’s war in Ukraine an indication that the empire is approaching its end, or is it an indication of something else?

One thing that I do know is that this war is really part of a longer continuum that is related to not just the fall of the Soviet Union but the fall of [its direct predecessor — ed.] the Russian Empire. The fact that Putin is back on the international scene with ideas that come from the Russian Empire, from imperial Russian thinkers, is just one more indication that long-range history is at play here.

What we see is that I think will be a long term outcome, which brings the end of the Empire closer, is that as the result of this war, there is less and less incentive for anyone in Russia, but also in Ukraine, to subscribe to Putin’s imperial ideology of Russia and Ukraine being one of the same people and one of the same nation. So this war really puts an end to that sort of rhetoric. And in that sense, will be a major contributing factor for the formation of the hopefully post-imperial nations.

So it is another bloody step on the long, long road of the disintegration of the Russian Empire. And it certainly points into the direction of the eventual end of that process. We know historically that empires collapse. We know historically that imperial nations reinvent themselves as nation states. We also know from history that unfortunately, it takes time, and it is very often accompanied by bloody wars.

There are in the media lots of discussions about how the post–Cold War period has ended and indications that a new multipolar world is emerging. What are your thoughts about significant structural shifts happening in the world? Are you seeing something else?

Yes, I think that shifts and changes do happen. And what we are seeing is that it is the Russian version of the multipolar world that is basically suffering a defeat in this war. I already mentioned that the trigger was the Association Agreement between Ukraine and the European Union. The agreement was extremely important, but it wasn’t even about candidate-member status nor membership status in the EU. The agreement was important because if Ukraine signed that agreement, then it couldn’t join the “Eurasian Union” that Russia was meaning to build. And establishing it was the vision of Russia and the Kremlin of becoming one of the poles of the multipolar world—really by reintegrating at a certain level the former post-Soviet space—and being able to play the game on par with China and the EU. And that certainly did not happen in 2014.

And now, with Russia’s military defeats and economic isolation, sanctions, what you see is certainly the end of this “Eurasian Union” dream, the implosion of Russia as an economic and military power as it drifts away from Europe and toward China. It is a push in the direction of recreating the bipolar world, with Beijing emerging already, economically, as the other pole on a par with Washington, and certainly with Russia at this point having nowhere to go but to China.

This is the end of the Russian multipolar dream. So yes, this war is cataclysmic for major geopolitical shifts and changes, but not of the sort that were envisioned by Russia.

You have written extensively about Chornobyl and its political consequences. Are the lessons learned from Chornobyl being forgotten at the Zaporizhia Nuclear Power Plant?

It was manipulated by the Soviet Union back in 1986, and it has been very reluctant to take any clear stand now in the first months of the war. During the first weeks it was calling on both sides to exercise restraint, and so on and so forth, because it is part of the United Nations organization, whose highest body is the Security Council with Russia being a member. Therefore, some lessons were learned, but the big lesson is that we have to have an international regime and an international organization that would be able to deal with emergencies like that and override either the sovereignty of countries or interfere in conflicts like this one. It is something that we are clearly not prepared to deal with today.

This interview transcription has undergone minor editing for clarity. 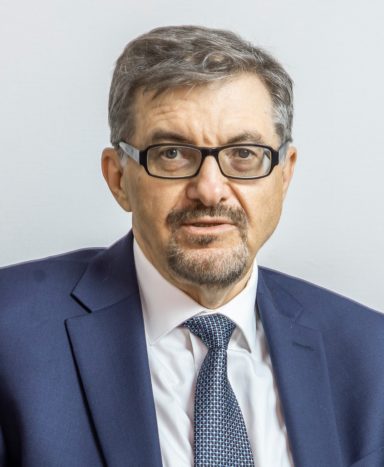 Dr. Serhii Plokhii is the Mykhailo Hrushevsky Professor of Ukrainian History and the director of the Ukrainian Research Institute at Harvard University. His interests include the intellectual, cultural, and international history of Eastern Europe, with an emphasis on Ukraine. He is the author of, among others, “Atoms and Ashes: A Global History of Nuclear Disasters” (W.W. Norton, 2022); “The Frontline: Essays on Ukraine's Past and Present” (HURI, 2021); “Nuclear Folly: A History of the Cuban Missile Crisis” (W. W. Norton, 2021); “Forgotten Bastards of the Eastern Front: American Airmen behind the Soviet Lines and the Collapse of the Grand Alliance” (Oxford University Press, 2019); “Chernobyl: The History of a Nuclear Catastrophe” (Basic Books, 2018); and “The Gates of Europe: A History of Ukraine” (Basic Books, 2015). His books have won numerous awards, including the Ballie Gifford Prize and the Shevchenko National Prize (2018).