To be or not to be: Attitudes of Ukrainian society about gender equality and diversity after Russia’s invasion of Ukraine

Since acquiring independence after the collapse of the USSR in 1991, Ukraine has achieved visible progress in establishing gender equality in the different spheres of Ukrainian society. At the national level, gender equality is guaranteed first of all by the Constitution of Ukraine (1996) and the Law of Ukraine “On ensuring equal rights and opportunities for women and men” (2005). At the international level Ukraine has ratified major international documents on providing equal rights and opportunities for men and women, including the UN Convention on the Elimination of all Forms of Discrimination against Women and the UN Sustainable Development Goals. A very big success for Ukraine was its ratification in July 2022 of the Council of Europe’s Convention on Preventing and Combating Violence Against Women and Domestic Violence (aka the Istanbul Convention).

On 23 June 2022 the Council of Europe granted Ukraine candidate status for accession to the European Union. Gender equality and respect for diversity are among the EU’s founding values. Therefore, it is important for Ukrainian society to continue promoting them through legislation, monitoring, policy guidance, awareness-raising activities, and support to grassroots projects and NGOs.

Even though political will is crucial to implement gender equality at an institutional level, societal attitudes toward diversity and dignity are also an important factor. Public opinion on gender equality (especially in such traditionally “male” spheres as the armed forces and military) and rights for LGBT people could be a litmus test of democratic values.

Public opinion on gender equality in the Armed Forces of Ukraine

The topic of women’s access to the armed forces has become a visible part of Ukraine’s political agenda since the 2014 Russo-Ukrainian war in the Donbas. A sociological study titled “The ‘Invisible Battalion’: Women’s participation in the ATO military operations” was conducted in summer–autumn of 2015. This research found that just like the Ukrainian job market in general, the Armed Forces of Ukraine manifests vertical and horizontal gender segregation. Two subsequent studies were devoted to the status of female veterans (2018–19), and the problem of sexual harassment in the military (2021). Thus, “Invisible Batallion” became a large advocacy campaign for researching and documenting women’s participation in the war.

Let us review Ukrainian public opinion on gender equality in the Armed Forces, especially after the Russian invasion. I propose to compare the results of two public opinion surveys that are representative of Ukraine, which covered only the territories under Ukrainian control.

The first poll was conducted by the Kyiv International Institute of Sociology (KIIS) on 8–23 September 2018 for our study “‘Invisible battalion 2.0’: Women veterans returning to peaceful life.” The survey was held in 109 localities in all oblasts of Ukraine, except for the Autonomous Republic of Crimea and selected districts of Donetsk and Luhansk oblasts. In the field stage, 2,026 questionnaires were collected, of them 915 from men and 1,111 from women.

The second poll was conducted by the research agency “InfoSapiens” on 10–14 April 2022. The method of data collection was telephone interviews (CATI). The sample size was 1,000 respondents (454 men and 546 women).

Overall, as shown by the representative public opinion surveys conducted in 2018 and 2022, Ukrainian society supports the idea of equal rights and opportunities in the Armed Forces of Ukraine. After Russia’s invasion, Ukrainians support gender equality in the military sphere even more than just a few years previously.

As we can see in Table 1, in 2018 more than half agreed that women in Ukraine should be granted equal opportunities with men to work in the Armed Forces of Ukraine and other military formations. In 2022 the percentage of these supporters increased from 53% (in 2018) to 80%. Moreover, the respondents became more certain about this question, as the percentage of undecided in 2022 was only around 1%, compared to 14% in 2018.

Moreover, Russia’s full-scale invasion of Ukraine and the necessity to mobilize more people to be ready for armed resistance have encouraged Ukrainian society to see women as (potential) soldiers. Finally, Ukrainian women have always been an active part of the fight of Ukrainians for their independence and recognition. That tradition of resistance also continues in these hard times. For example, according to an all-Ukrainian nationally representative poll conducted by InfoSapiens for the British Research Agency ORB on 3–4 March 2022, 59% of women are ready to personally participate in the armed resistance to end the Russian occupation of Ukraine.

The second question is about the type of army that Ukraine should introduce. As we can see from Table 2, the situation did not change radically between 2018 and 2022. “Professional army with enlistment of both men and women only on a voluntary (contract) basis” is the most popular answer, chosen by 62% of respondents in 2018 and 64% in 2022. The current Ukrainian situation—conscription of all the men and only some women—in 2022 is supported by 14.5% of respondents, while conscription of men only is supported by 14%. In 2018 less than 2% supported the idea of conscription of all men and all women. In 2022 the percentage increased to 4.2%, which also may be explained by the factors of full-scale invasion and necessity of strong resistance.

In sum, according to the results of the representative all-Ukrainian surveys of public opinion conducted in 2018 and in 2022 after Russia’s invasion to Ukraine, Ukrainian society generally supports egalitarian ideas as to engaging women in the armed forces on a par with men, as well as having a professional army of those enlisted voluntarily (based on contracts).

Therefore, further reforms should be implemented in the armed forces in order to better integrate women in the military sphere, and to prevent gender discrimination and gender-based violence.

Public opinion on human rights for LGBT people in Ukraine

Respect for diversity, especially on the basis of sexual orientation or gender identity (SOGI), is another value of the European community. Even though Ukraine was the first post-Soviet country that decriminalized homosexuality in December 1991, homophobia has remained a challenge for Ukrainian society.[2] LGBT people actively participated in the Euromaidan protests of 2013–14 and in the Donbas war since 2014. A union of LGBT military, veterans, and volunteers was established in 2018 by Viktor Pylypenko, an openly gay veteran of the Donbas Volunteer Battalion. The organization states, “We are currently gaining strength, taking an active part not only in defending Ukraine from the Russian invasion on the front line but also defending democracy and equality for all citizens of Ukraine.” Since the 1990s LGBT organizations of Ukraine have been fighting for their rights and visibility. Thus, let us check the public opinion of Ukrainian society on this very topic.

For many years the LGBT Center “Nash Svit” [our world], with cooperation of sociological agencies, has been monitoring the public opinion of Ukrainian society toward LGBT people. Then, after Russia’s invasion of Ukraine they repeated some questions to reveal possible changes in attitudes. Table 3 and Table 4 compare the results of the representative surveys conducted by KIIS in 2016 and 2022. “Nash Svit” summarizes: “As expected, Ukrainians have demonstrated an overall increasing trend of accepting their LGBT fellow citizens.”

Table 3. Answers to a question twice surveyed: “In your opinion, residents of Ukraine who have a homosexual orientation should have the same rights as other citizens of our country?”

As we can see from Table 3, in 2016 almost half of Ukrainians (45%) believed that there should be certain restrictions on the rights of persons of homosexual orientation; and 33% of Ukrainians were in favour of equal rights. And more than one-fifth of respondents could not answer this question. As we can see from more detailed KIIS data (2016), women, younger people, and more educated respondents tend to be more gay-friendly.

In May 2022 the results of a public opinion survey demonstrated a visible tendency to an increasingly gay-friendly attitude. Twice as many respondents as 6 years ago (64%) support the idea that residents of Ukraine who have a homosexual orientation should have the same rights as other citizens of our country. The percentage of undecided respondents halved, down to 10%. Younger respondents, residents of larger cities, more educated, and wealthier people are the most supportive of equality for LGBT in Ukraine.

If we talk about participation of LGBT people in protecting Ukraine from Russian aggression, then 66% of respondents approve; only 11% are negative about LGBT people coming to the defense of Ukraine, and 15% are indifferent.

In May 2022 public opinion improved on this issue. The percentage of supporters of registered partnerships for same-sex couples quintupled, up to around 24%. At the same time, 42% did not support this right, but that number decreased in last six years to 42%. When we compare answers from Table 3 with those in Table 4, we see that respondents are inconsistent in their perception of basic rights for LGBT people, in this case the right to official relationships. Either way, the total of those who answered “yes” or “I don’t care” is 51%, which is a majority of opponents. In this situation, the LGBT Center “Nash Svit” notes that “Ukrainian churches and conservative politicians need to learn that the majority of Ukrainian citizens do not object to the legalization of same-sex civil unions.”

Table 4. Answers to a question twice surveyed: “Do you support the introduction of a registered partnership for of same-sex couples, similar to ordinary marriage, but without the right to adoption of children?”

Anyway, the May 2022 survey results about support for registered partnerships for same-sex couples could explain the success of a recent petition for the legalization of same-sex marriages, supported by over 28,000 people. President Zelensky reacted to the petition as follows:

The government has developed options for legalization in Ukraine of registered civil partnerships under the parameters of our work on the affirmation and provision of human rights and freedoms. In accordance with Article 116 of the Constitution of Ukraine, the Cabinet of Ministers of Ukraine is taking measures to ensure the rights and freedoms of persons and citizens. Considering the above, I have requested that the Prime Minister of Ukraine consider the issue raised in the electronic petition and inform me about relevant results.

Thus, Ukraine is likely to follow the European way in ensuring equal rights and opportunities for LGBT people.

In our “civilizational battle” between the Russky mir (Russian world, which promotes ideas of criminalizing “gay propaganda” and patriarchal gender norms) and European values of support for diversity and equal rights, the latter is winning. Let us hope that recent successes in the implementation of equal rights and opportunities policy in Ukraine will continue and that it will be helpful in the further Euro-integration process. 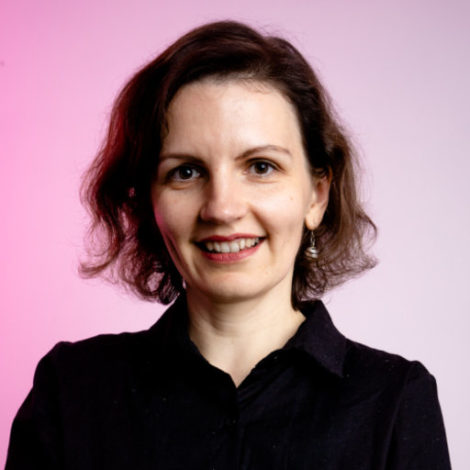 Tamara Martsenyuk is an Associate Professor in the Department of Sociology at the University of Kyiv-Mohyla Academy (Ukraine) and a visiting scholar at Leuphana University (Germany).