The signs were there for all to see, but we did not read them right 

When the Putin regime launched its all-out attack on Ukraine on 24 February 2022 I was almost as shocked as everybody else, аlthough I have followed Russian politics professionally for almost four decades. The barbarity, the naked and brutish force that Putin unleashed, was something that I had not expected to see. Even as the military build-up along the Ukrainian borders progressed since November 2021, I believed that Putin would stick to the modus operandi that had been his characteristic during his more than twenty years in power. Along with many other international analysts of Russian politics, I thought that he would continue to be cautious and pragmatic, advance his positions where he could, but go for small, incremental steps and take limited, carefully calculated risks in a “salami tactics” way. It was ruthless of course, but rationally so. This was how he had behaved when he, nominally as prime minister under Medvedev, occupied Abkhazia and South Ossetia in 2008, then, as president again, annexed Crimea and involved Russia in warfare in the Donbas in 2014 and launched aggressive military operations in Syria in 2015.

As of 24 February, that careful strategy of the judoist is all gone. Now, still as a committed judoist but disgracefully stripped of his black belt, he seems to have thrown all rationality overboard. Seated at one of his giant marble or mahogany tables, with a motionless, deadpan look on his face, he issues commands to his underlings, to his clique of yes-men in the national security council and other bodies. All these old men of his own age surrounding him seem to be driven by the same ideological force, by the same uncompromising hatred against Ukraine and the West. They really seem to believe what they are talking about when they refer to the “imminent threat to Russian security and sovereignty” posed by the USA and NATO through Ukraine. They seem to believe in the absurd lies that Ukraine is ruled by neo-Nazis and is on the verge of acquiring nuclear weapons. Inside that group of greying men, everybody seems to think the same, and they are living proof of the devastating effects of what Irving Janis once called groupthink.[1] In a group where no dissent is allowed, the quality of decisions taken tends to be dismal and even disastrous.

So how did it come to this? How did we come to the point where all Western expertise was so thoroughly taken aback by the developments? To be quite honest, we should not have been very surprised, because the signs were there for all to see, but we did not read them correctly. Already at his Munich speech in 2007,[2] Putin depicted the USA as Russia’s main enemy, and on all occasions that he could he brought up his favoured narrative that the United States had promised Russia never to expand NATO and bring it closer to Russia’s borders. This unsubstantiated claim was brought up as a mantra so often that the Russian leader may have started to believe in it himself. Ever since the Maidan Revolution in 2014, which drove the then president from Ukraine and paved the way for a new president to be elected, the Russian president kept repeating that this development amounted to an unconstitutional coup, that the Ukrainian government was dominated by neo-Nazis, and that Russians and Ukrainians were in essence were the same people. All together, this added up to Russia’s self-proclaimed right to intervene in Ukrainian domestic affairs. However, Putin repeated those grievances so often that they seemed to amount to an obligatory litany, the ranting of a bitter aging man who could scarcely be taken seriously anymore, since he had always been talking like that.

How wrong we were. And indeed, not for the first time did Putin prove us all wrong. By way of example, the overall international expert opinion was deceived by Putin’s repeated assurances that he would never ever change the Russian Constitution of 1993, which stipulates the Russian President as its chief guarantor. Putin lied about this so many times that pundits across the world believed that he was sincere, till the day in early 2020 when he suddenly initiated constitutional amendments that for all practical purposes enabled him to cling to the presidency for the rest of his life.

Conversely, when Putin in his rantings repeated how Russia had been deceived by the West, how the rightful president of Ukraine had been unlawfully toppled in a coup instigated by the West, and how all these measures had the ulterior aim of bringing destruction and havoc to Russia, few were inclined to believe that the man was not only repeating his mantra but outlining a program of action. Alas, had we only taken his words for it, then instead of choosing to believe his lies about his loyalty to the Constitution, precautionary actions could have been taken. Perhaps then Ukraine’s accession to NATO would have been accelerated, and then the country would not have been doomed to take on Russia’s aggression all alone. If more of us so-called experts had only “cried ‘wolf’” a little more often and decidedly louder, then maybe the Western political community would have taken appropriate action.

The signs were indeed there, and they were amassing continuously. One of the most clear-cut signs was evident for all to see in Putin’s address to the Federal Assembly on 1 March 2018,[3] when he triumphantly introduced new generations of hypersonic missile technology to the deputies of the assembly and to the world. In this and other speeches at that time, Putin displayed a new assertiveness and aggressiveness with respect to the West, and he signalled very clearly his belief that Russia had now gained the upper hand over the United States in the global arms race. This was certainly helped along by the fact that the USA was led by the Trump administration at the time, which meant that for all practical purposes America had abdicated its leading role in the world and was intent on giving Putin and Russia all that they wanted. Putin gleefully commented that the USA would no doubt try to imitate the new cutting-edge arms technology but by that time Russia would already have developed an even smarter generation of arms technology. In October 2020, at his annual appearance at the Valdai Club Putin was already expressing himself in such ominous words that the cataclysm of February 2022 could have been anticipated, had we as analysts only taken them seriously: “I would like to tell those who are still waiting for Russia’s strength to gradually wane: the only thing we are worried about is catching a cold at your funeral.”[4]

I could perhaps try to boast that I had seen these signs and that I even wrote about them in my book The Putin Predicament that was published in October 2021,[5] and indeed it included a chapter about Putin’s increasing assertiveness in the global arena and in Russia’s competition with the United States. I observed the chilly harshness of tone and how it had hardened gradually ever since Putin’s “return” to presidential power in 2012. Like so many others, I observed how Putin’s domestic popularity had risen sky-high after the annexation of Crimea and the beginning of the war against Ukraine in 2014, and how his approval rates stayed at the 80-plus level for four years after the annexation as the effect of the so-called “Crimean consensus” in Russian politics. My dismal error, however, was downgrading the importance of these signs. I falsely believed that the increased assertiveness in relation to the West was plain verbosity and that it was of less importance than factors such as Putin’s increasing age and listlessness, his lack of strength and visibility in dealing with the covid-19 pandemic,[6] and the obvious ways in which his deteriorating charisma was eclipsed by the radiance and communication skills of his unrelenting and courageous critic, Alexei Navalny, who appealed to the younger urban generations to an extent that Putin could only dream about.

All in all, the analysis about Putin’s accelerating weakness at home was correct, but sadly the conclusion was wrong. Like so many other experts out there, I could read the signs but not the overall pattern that they formed. The proper conclusion to draw would have been that it was precisely this domestic weakness that made Putin so dangerous. The president needed decisive and ruthless action to reverse his receding popularity curves. Putin needed a new achievement that surpassed even the Crimean consensus, and he went for it by means that were totally out of previous proportions. Speculations abound that he is unwell, and that his ill health has prompted him to take the kind of action that he has been mulling over for many years now. Living in his echo chamber of like-minded yes-men, he seems to have become more and more convinced that his personal writing of history is the correct one. Had we, the members of the expert community out there, only taken him more seriously during all these years, then maybe the present situation would not have been as disastrous as it is now. Again, if only we had cried “Wolf!” more often.

[2] President of Russia (2007). “Speech and the Following Discussion at the Munich Conference on Security

http://kremlin.ru/events/president/news/56957, accessed 6 November 2019; the Federal Assembly is Russia’s legislative body, consisting of the lower-house Duma and the senatorial Federation Council.

[5] Petersson, B. (2021). The Putin Predicament: Problems of Legitimacy and Succession in Russia, Stuttgart: Ibidem. 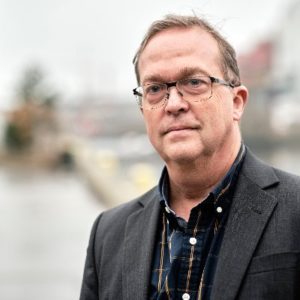 Bo Petersson is a professor of political science at Malmö University (Sweden), where he co-founded the research platform Russia and the Caucasus Regional Research (RUCARR). He is currently also a part-time researcher at Södertörn University, Stockholm. His special areas of interest include legitimacy, authoritarianism, national identity, and political myth, and he has throughout his academic career specialized in Russian and post-Soviet politics. He is the author of The Putin Predicament: Problems of Legitimacy and Succession in Russia (Ibidem, 2021) National Self-Images and Regional Identities in Russia (Ashgate, 2001/Routledge, 2018) and Stories about Strangers (UP of America, 2006). He has published articles in journals such as Demokratizatsiya, East European Politics, Europe-Asia Studies; Forum of EthnoGeoPolitics, International Journal of Cultural Studies, Nordeuropa Forum, Nordisk Östforum, Post-Soviet Affairs, Sport in Society and Problems of Post-Communism. He is a board member of the Swedish Society for the Study of Russia, Central and Eastern Europe and Central Asia and the Swedish Network for European Studies in Political Science, editorial board member of the journals Communist and Post-Communist Studies, Nordisk Östforum, Public Policy (S:t Petersburg), and chair of the editorial board at Malmö University Press.

One thought on “The signs were there for all to see, but we did not read them right ”