Ukraine remains one of the main targets of the Kremlin’s disinformation attacks. Moscow is striving to return Ukraine into its sphere of influence, counteracting Kyiv’s increasing cooperation with NATO, the USA, and their European partners. To this end, the Kremlin’s propaganda created images of Ukraine as an enemy, an aggressor that is preparing to attack Russia. Furthermore, the Russian disinformation campaigns establish purported grounds for a possible full-scale military invasion into Ukraine.

The main messages of this campaign are clearly visible in the Kremlin media that report on Ukrainian topics, including Ukraїna.ru, Russia Today (RT), and Suputnik. Meanwhile, pro-Kremlin media and Telegram networks within Ukraine reinforce the assigned informational agenda and supplement it with erroneous assessments and interpretations of the facts. This promotes chaos in the airwaves and ether while simultaneously advancing versions of events that are advantageous to the Kremlin.

During Q4 of 2021, the Kremlin’s disinformation in Ukraine was focused on promoting the following narratives:

Starting from late October 2021 there was a renewed large-scale concentration of Russian armies on the Ukrainian border, along with the threat of a possible full-scale military incursion by Russia into Ukraine. By the end of the year, these steps by the Kremlin led logically to Putin’s ultimatum demanding a guarantee against further NATO expansion. Naturally these events, threatening as they are to the global security system, became an important item on the international agenda, and they were accompanied by constant information bombardment by the Kremlin. To promote favourable narratives, it disseminated statements by top Russian officials, including President Vladimir Putin, Russian Federation foreign and defence ministry spokesmen, Kremlin proxies such as Belarus President Aliaksandr Lukashenka, and also various pseudo-experts.

In spreading disinformation within and about Ukraine, the Kremlin was also fulfilling several other global objectives. By increasing disagreements between the USA and countries of the Europe, and by justifying its own aggression with allegations of NATO’s hostile policy toward Russia, it sought to maintain Russia’s sphere of influence in the post-Soviet arena.

Ukraine is a puppet of the USA and NATO, who are preparing it for war with Russia and Belarus

When talking about the Ukrainian military threat, pro-Kremlin mass media portray Ukraine as an aggressor that is intending to resolve the de-occupation issue of the Donbas and Crimea by force and that could attack Russia and Belarus. At the same time, the Kremlin media accuse NATO and the USA of militarizing and intensively arming its perimeter at Russia and Belarus, as well as of establishing a military alliance against Moscow. These serve as additional underpinnings for its fundamental narrative of a military threat from the “collective West.”

Disinformation that NATO was establishing military bases in Ukraine was used as evidence of growing threats against Russia. For example, RT called the situation in the Donbas the “main trigger in the Russia–NATO conflict.”

Simultaneously, narratives have been spread about Ukraine’s failure as an independent country and altogether about the necessity of “shutting down the ‘Ukraine project.’” Against the background of a threatened military invasion by Russia, the Ukrainian public was hearing Russian media push theories that Ukraine is subject to outside influence and that the West is using it for its own purposes.

In particular we should highlight the press campaign to accuse Ukraine of breaking the Minsk accords and call for the West to force Ukraine to adhere to them according to the Russian scenario. Manipulative sites emphasized that the USA must demand that Ukraine fulfill the Minsk II measures in the way they are interpreted by the Kremlin and “not transform Ukraine into a cauldron of tension and instability.”

In calling Ukraine a failed state that is destined to collapse without strict external administration, pro-Kremlin media are furthering its messages about the necessity of lifting sanctions and about the benefits to Western countries of cooperating with Russia.

The Kremlin is conducting a separate disinformation campaign that accuses Ukraine of setting up provocations that will use chemical weapons in order to pull Russia into a full-fledged war. This follows on previous disinformation about American biological labs in Ukraine.

In its post “A possible scenario for war: When and how Kyiv might attack Russia using chemical weapons,” ukraina.ru reported that “the threat of chemical weapons being wielded in the Donbas is entirely realistic because we have reliable data on the existence of poisonous substances.” Meanwhile, back in November the same source declared there were American biological labs and possible manufacture of biological weapons by Ukraine. The same article quotes a member of the Russian Federation’s Foreign Relations Presidential Committee asserting that “while Ukraine exists in any form whatsoever as an independent sovereign state, it constitutes a threat not only to the Donbas republics but also to Russia.”

RІА Novosti copies less important Telegram-channels in disseminating information that on territories controlled by Ukraine the Ukrainian army is supposed to carry out a provocation against the “Donbas republics” with the use of chemical weaponry against the peaceful population, for instance, in a hospital or school. In the opinion of Russian Defence Minister Shoigu, the Ukrainian soldiers could be assisted by none other than Аmerican private military companies, which are supplying the chemical weapons to Ukraine from the USA.

In order to demonstrate the threats posed by Ukraine, the Kremlin has also propagated its theory about radical Ukrainian groups; this was previously mentioned several times by Belarusan President Lukashenko. The Belarusan regime has also been actively engaged in the present disinformation campaign. For example, the Belarus MFA accused the Ukrainian government of covertly supporting the “massive participation of activists of the Belarusan extremist opposition, under the banners of Belarusan collaborationists and disciples of the Third Reich, in a nationalist march.”

In its article “Dogs of war: What do we do with Nazi Ukraine,” ukraina.ru writes that the “far-right are an extraordinarily significant factor in Ukraine’s political life, and even the presidents have to toe their line.” Overall, this piece is devoted to the military aggression emanating from Ukraine, which awaits “an appropriate time to go on the attack” against Russia.

The Kremlin’s propaganda agents believe that Kyiv does not want a peaceful resolution in Eastern Ukraine and only wants to “subjugate the region to its Banderite ideology within an anti-Russia structure.”

As usual, Pro-Kremlin media are also running parallel “fake news” on Ukraine’s internal socio-political situation and its corruption problems, aiming to discredit the Ukrainian government. They especially emphasize that Ukraine tramples on the rights of Russian-speakers, that it is rife with Russophobia, and also that it “heroicizes Nazism.”

Yet another narrative spread by the pro-Kremlin media is disinformation about countries of the West betraying the interests of Ukraine, being unwilling to support Kyiv in its conflict with Russia. News of the revival of negotiations between the USA and RF was used to bolster this fiction, as well as Moscow’s pressure on Europe to proceed with the Nord Stream 2 pipeline.

Namely, the Russian-American meetings were presented as negotiations between the USA and Russia concerning the fate of Ukraine in its absence. In its report headlined “What was memorable about 2021 in the international arena,” Ukraina.ru concluded that “Ukraine finally comprehends that the West has abandoned her.”

Ukraina.ru also wrotе that Ukraine was needed for the USA only in order to “maintain control over the energy balance in Europe…This was supposed to be the responsibility of the Biden Family. Now, because of Nord Stream 2 they made a deal with the Green Party and German business. In this sense [Ukraine] is no longer needed.” In the same way that the USA threw Afghanistan under the bus, they will inevitably do the same to Ukraine, for in the opinion of the Kremlin’s Ukraina.ru, it is only needed as a pawn in the “internal conflicts of Washington clans.”

Meanwhile, a manipulative RT article asserts that the West itself prepared the way for Ukraine’s destruction back in 2014, when American diplomats “encouraged the protest participants and even distributed cookies and donuts to demonstrators and security forces personnel.” It also mentions that NATO has neither the realistic military capacity nor the desire to protect Ukraine.

Ukraine is on the brink of an energy crisis

The network of pro-Kremlin media is sowing alarm in Ukraine about an impending energy crisis and economic collapse. The problem of the energy crisis is framed as a critical dependency on imported fuel, primarily gas and coal. Ukrainians have been intimidated with predictions of price rises on gas, cancellation of gas deliveries to the south and east, and also of general worsening of its economic situation.

In its report “Ukraine is on the brink: Fuel crisis looms,” Ukraina.ru writes that “such a catastrophic situation in Ukraine has not arisen during the entire time of independence. The Ukrainian industrial sector is on the threshold of а complete downfall.”

“Building the Nord Stream 2 in the face of Gazprom’s refusal to increase the volume of gas transiting through Ukraine, thereby minimizing the significance of the ‘Ukro-pipeline,’” was openly called Putin’s revenge by News-front for the alleged “longstanding blackmail”—which was actually Ukraine’s attempt to obtain a fair deal for transiting Russian gas to Europe.

The Kremlin’s disinformation warfare in Ukraine is an inextricable part of Russia’s foreign policy maneuvers and constitutes  one of the instruments in Moscow’s toolbox for achieving its goals. Its distinguishing features include sowing chaos in the news agenda, presenting multiple versions of events, and accusing others of matters instigated directly by the Kremlin itself: military aggression, export of corruption, and ignoring the sovereignty of other countries. The Kremlin’s propaganda should be interpreted as exactly its opposite. That will help in determining how to counteract it as well as in predicting what Putin’s Russia will do next.

Translated from Ukrainian by Ksenia Maryniak. 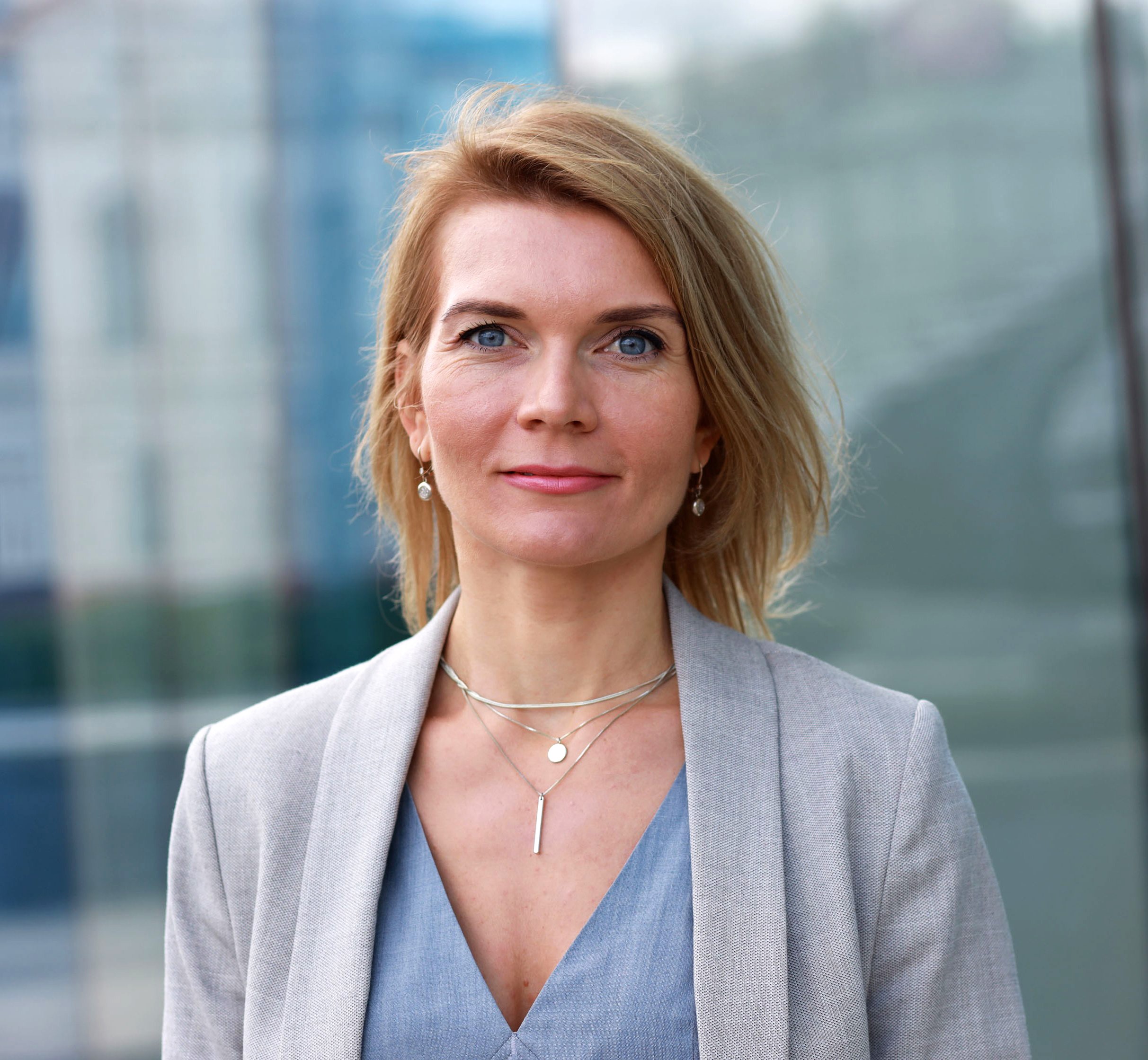 Maria Avdeeva, Research Director at the European Expert Association. She focuses on international security, cooperation of Ukraine with the EU and NATO in combating hybrid threats and emerging security challenges. She analyses information operations, efforts to counter disinformation, and threats to democracy. Author and instructor of a course on Information Security, conducted as part of a National Security Course. iSANS expert, OSCE Project Coordinator in Ukraine, national cybersecurity expert.

The clash of strategic narratives in the Russo-Ukrainian war

Russian foreign policy and the origins of the “Russian World”