The introduction of ineffective and sometimes absurd quarantine restrictions, the escalation of conflict between the Constitutional Court of Ukraine and the Office of the President of Ukraine, the U.S. Treasury Department’s sanctions against seven Ukrainians (including two incumbent MPs), mass protests against rising utility tariffs, and heated discussions about vaccination prompt us to contemplate that 2021 in Ukraine will be no less eventful than the previous year. This cluster of events at the beginning of the year, especially during Ukrainian holidays and non-working days, has been determined by both objective and subjective factors in internal and external policy processes. On the one hand, once again the Ukrainian political system is showing that it is “stable” in its instability, and on the other it signals its inability to withstand strong turbulence in domestic and foreign policy. The quality of ongoing socio-political and economic transformations in Ukraine largely depends on the ability of the political class to offer a competitive model of public administration that takes into account the interests of the state, key corporate actors, civil society, and individuals. At present, however, it persists as a hybrid of the morally outdated Soviet management system and the “second-hand” intellectual management models proposed by foreign partners. The unreliability of the “mosaic management” narratives provokes not only political but also value conflicts in the Ukrainian public. According to a survey by the Kyiv International Institute of Sociology, 74.3% of citizens believe that things in the country are moving in the wrong direction. The involvement of hard science in public administration would make it possible to restore order from the chaos of governance and determine future prospects for the health of the “state organism” of Ukraine.

Drawing a parallel here between the state and a living organism is not accidental; it is, moreover, neither new nor original for science. Similar ideas are found in the works of Plato, Aristotle, John of Salisbury, Thomas Hobbes, Benedict Spinoza, Jean-Jacques Rousseau, Friedrich Ratzel, Rudolf Kjellen, and many others. However, such an analogy between the state and the living organism is probably associated most with the name of Herbert Spencer—founder of organicism, a popular nineteenth-century branch of sociological naturalism. Despite some scientific doubts about organicism (it is difficult to explain the social world solely through the natural world), it should be recognized that this approach has played a significant role in the development of science in general. And it is hard to disagree with the fact that certain analogies between the human community and nature have a right to exist.

Like a living organism, the human community is vulnerable to diseases. Now this essay is not about any kind of “social virus” (even without that, we have too many infectious diseases in our lives nowadays!) but about another pathological process in modern society—intellectual anorexia. Like mental illness, intellectual anorexia is characterized by a decrease in the need for and gradual refusal to accept any expertise and expert opinion during public policy decision-making, which leads to a critical decline in intelligence in all spheres of human life and is dangerous for the overall functioning of social systems. After all, a “vacuum of intelligence” can lead to the gradual demise of existing social institutions and the destruction of the state system.

Both countries with developed economic and political systems and stable democratic traditions as well as “young” States with an unstable institutional environment are prone to this disorder. However, for the former such episodes represent oscillations on the continuous line of their historical process, while for the latter they represent real threats to their existence.

Ukraine is among those states that are at risk, where intellectual anorexia has struck the main actors in the socio-political process: representatives of the political class, civil society, and the expert community. The consequences of such “socio-political disorder” are felt as low levels of their professional competence and social effectiveness. This leads to citizens’ despair vis-à-vis politicians and officials, public figures and public activists, experts, etc.

The “intellectual anemia” of Ukraine’s political class is the result of long-term processes: constant conflicts within domestic financial-political groups, interference of foreign pressure groups in the state building process, intraspecific competition of the political-managerial elite, etc. According to various estimates, there are currently about twenty main pressure groups in Ukraine that have direct access to decision making processes in the civil service (4–6 channels of communication). Under the pressure of the aforenamed factors, a new type of political-managerial elite was formed whose representatives can nominally be divided into three groups: “competent” (effective managers in public administration), “necessary” (representatives of domestic financial-political groups and international pressure groups), and “loyal” (committed to their own leaders/patrons). The imbalance between “competent,” “necessary,” and “loyal’ with a predominance of the latter (who are the most manipulable for any manager), in the absence of stable democratic procedures, leads to the deintellectualization of the political class—thus calling into question the competitiveness and viability of the entire system. After all, as Otto von Bismarck noted: “With bad laws and good civil servants it’s still possible to govern, but with bad civil servants even the best laws won’t help.” It is worthwhile to note that the desire to bring “their own” into the corridors of power is not exclusively a Ukrainian practice; it is typical for states with different levels of socio-political and economic development. After all, having “their own” in the corridors of power increases the leader’s political influence and the speed of political-managerial decision making. However, in countries with stable democratic traditions and developed market economies (in contrast to states with unstable institutional environments), there is a breaker on this circuit—the accountability of the authorities to their citizens.

Paradoxically, the third estate is also affected by the same disease. Despite a fairly high level of public trust in NGOs and volunteer organizations (trusted by 46% and 66% of citizens, respectively, according to a survey by the Razumkov Center from December 4 to 9, 2020), some of them often come under heavy criticism and public condemnation. Above all, this applies to public bodies (especially anti-corruption ones) that are active participants in Ukraine’s political processes. On the one hand, the criticism is due to the resistance to anti-corruption reforms on the part of domestic financial-political groups (which control a strong media pool), and on the other, NGOs lack the abilities to be competitive and defend their beliefs and ideas when facing political opposition. The outcomes of their research are often nullified by the toxic attitudes to them in the Ukrainian political environment; sometimes their insignificant social results or dependence on granting agencies (used by opponents to discredit them) are also factors. Moreover, they themselves risk becoming “blind” tools in the struggle between domestic and foreign pressure groups. In late 2020 the former ambassador of Canada to Ukraine (2014–19), Mr. Roman Washchuk, aptly drew attention to this and a number of other problems of Western partners regarding Ukraine during his post in an online lecture hosted by the Shevchenko Scientific Society in Canada.

It is worth noting that a significant proportion of the public groups involved in the socio-political process in Ukraine is to some extent dependent on domestic financial-political groups, which creates significant corruption risks. As part of the project “Hidden Interests” of the NGO “Anti-Corruption Headquarters,” in 2017 about 600 entities were found belonging to 120 deputies of the Kyiv City Council, of which 96 were NGOs and 34 were charitable foundations. Furthermore, well-known anti-corruption organizations have recently begun to use fundraising as an additional financial tool to support existing initiatives and implement new projects. The generally accepted and quite effective practice in the “old” democracies of attracting financial resources constitutes a real threat in Ukraine of becoming dependent on domestic financial-political groups—and thus of turning from independent socio-political actors into instruments serving certain interest groups.

The last but not least important component of the state’s capacity for intellectual competitiveness is its own expert community. In Ukraine, as in many countries around the world, there is an increasing tendency to devalue expertise and expert opinion. In addition, Ukraine’s lack of long-standing democratic traditions of direct interaction in the feedback loop between the state, expert communities, and society renders this problem more acute and painful. Besides global trends, as described by Professor Tom Nichols in his book The Death of Expertise: The Campaign Against Established Knowledge and Why it Matters, there are also purely Ukrainian causes for the “devaluation” of expertise there.

First is the deliberate replacement of expert assessments by ersatz-analytics of popular opinion leaders (bloggers, media experts, showmen, Google/Facebook influencers, etc.). On the one hand, this is a global trend, but on the other hand the editorial policy of the Ukrainian media greatly exacerbates the problem. After all, both journalists and invited experts should be able to voice their arguments, regardless of the position of media owners. Otherwise, the experts lose their appeal and risk being blacklisted. This situation raises another problem—the usurpation if not outright abuse of the term “expert.” Before, experts were understood to be persons (from the Latin expertus ‘experienced’) who are competent in a particular field of knowledge, having a specialized education and appropriate skills and practical experience, while now a few broadcasts on TV provide sufficient opportunity to become an “authoritative” political scientist, economist, historian, lawyer, etc.

In Ukraine this development has significantly affected the level of media public confidence. According to a survey conducted by the Razumkov Centre from October 30 to November 5, 2020, 49.1% of citizens don’t trust the Ukrainian media and 43% trust it (balance of trust-distrust is –6.1%). Of these, 20.5% don’t trust the Ukrainian media at all, 38.3% mostly don’t trust it, 4.7% mostly trust it, and 7.9% fully trust it. Far more revealing are the audience shares of the information channels where “pocket” experts are mostly concentrated. According to the Television Industry Committee, in 2020 the total share of the audience of the top five most popular information channels in Ukraine reached only 6% per month (data are given for audiences aged 18+, according to shr%). This result is less than the share of the audience of each of the five most popular general-entertainment TV channels. The total dominance of experts with “low social responsibility” and “talking heads” in the information space also leads to the self-exclusion of authoritative members of the expert community, due to their unwillingness to be part of a “theatrical performance” or become pawns in the conflicts between domestic financial-political groups. Ultimately this also affects the intellectual competitiveness of the state.

After all, the consequences of a visible shortage of moral and intellectual authorities in society, the distrust of citizens in their state institutions, and the loss of cohesive values are no less dangerous for the state than the consequences of any serious disease for a living organism.

Has Ukraine reached a point of no return? Is this the beginning of the end or the end of the beginning for the “Ukrainian statehood” project? It will depend on several factors: whether an effective “treatment protocol” is proposed, whether it is proposed in time, and who will be the first to propose this protocol. 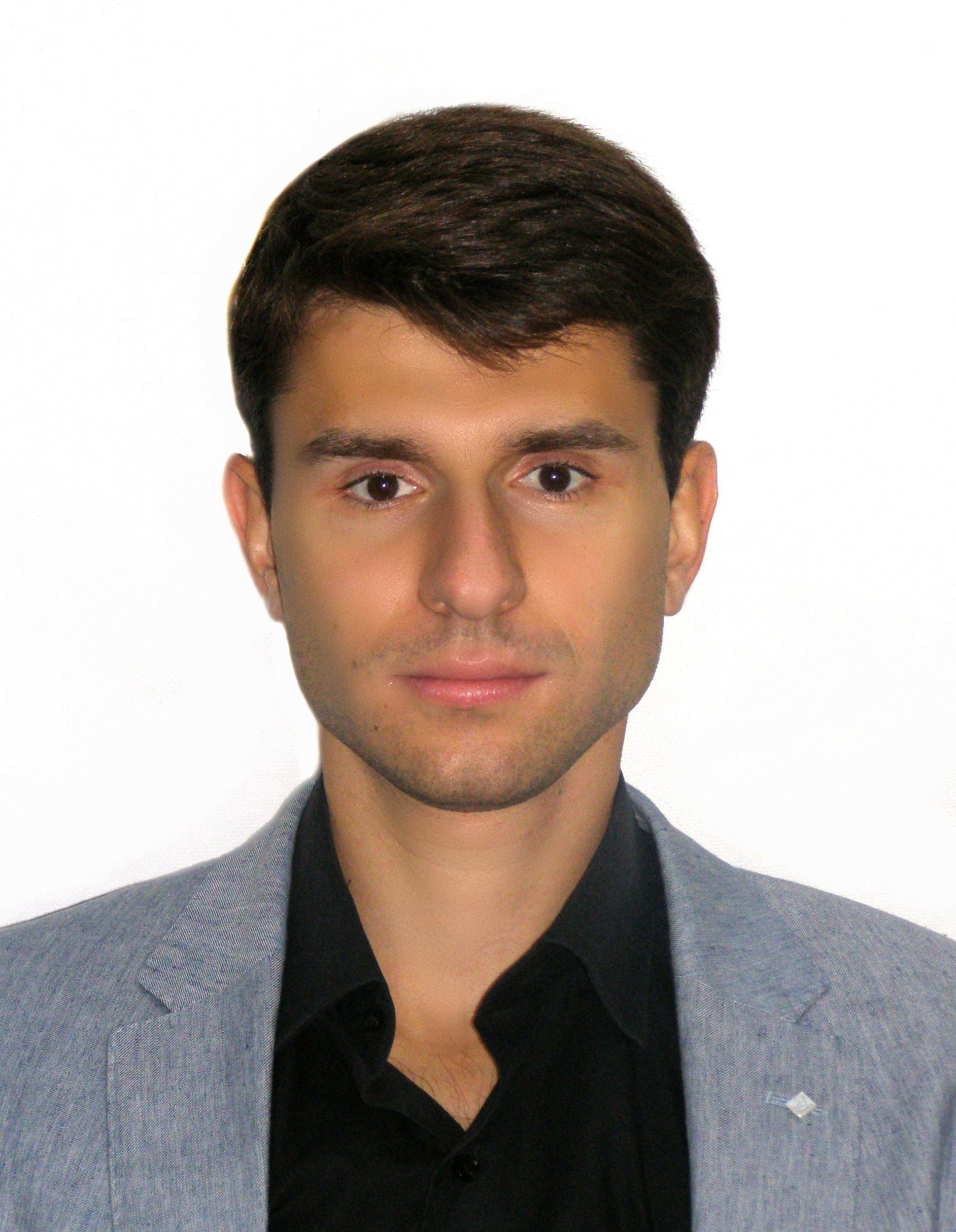 To be or not to be: Attitudes of Ukrainian society about gender equality and diversity after Russia’s invasion of Ukraine

Russian foreign policy and the origins of the “Russian World”