On 27 October 2020 the first results of the latest iteration of the World Values Survey were presented.

The World Values Survey (WVS), covering many countries, was first conducted in 1981. Eleven countries participated in the first iteration and eighty in the seventh, most recent one, which was conducted in 2017–21. Data gathered during the research has enabled broad comparisons to be made between countries, as well as observations about changing values.

Each iteration of the WVS research consists in measuring a wide range of values in order to form indexes in two dimensions:

Traditional values address the importance of family, authority, religion, etc., whereas secular-rational values emphasize the opposite. Survival values underline the importance of economic and physical security and little trust, while self-expression values prioritize tolerance and equality and a higher level of participation in civic affairs. These dimensions can be mapped to form a schematic known as the “Cultural Map of the World.”

According to Ronald Inglehart, who is the author of this approach, the distance between countries can be explained in terms of values. Being compared to countries’ main economic and other indicators, values themselves as well as the cultural map in general are very useful instruments in analyzing countries’ development.

Ukraine took part in the WVS in the third (1996), fifth (2006), sixth (2011) and seventh (2020) iterations. The World Values Survey Association is responsible for the research. Every country-participant has to raise funds for the fieldwork. In 2020 the survey in Ukraine was funded by the Ukrainian Cultural Fund (https://ucf.in.ua/); the fieldwork was performed by the Social Monitoring Center (https://smc.org.ua/) and the Info Sapiens research agency (https://sapiens.com.ua/). All the data are open for analysis and will soon be available to download from the website of the World Values Survey Association (http://www.worldvaluessurvey.org/).

This study compares the data of 2011 and 2020. In this time Ukraine has changed significantly. Elected on the wave of a kind of demoralization of patriotic forces, who could not agree on a powerful candidate for the Ukrainian presidency, 2011 was the first year of Viktor Yanukovich’s rule. It was time of continuing, longstanding sympathy of Russian-speaking Ukrainians to Russia as well as of some fear of economic instability after the world’s economic crisis.

In 2020 Ukraine has again been experiencing the consequences of its electoral choice. For many people, Volodymyr Zeleskii’s rule is now being perceived as something chaotic that includes numerous economic and political failures—for some, this includes the reversal of achievements of the previous presidency in 2014–19. Unfortunately there is no clear data on this period of time, when due to rapidly developing events attitudes were changing significantly. Fortunately, values do not change so rapidly; therefore, the recent data reflect society’s cultural evolution not only in the last year or two. Indeed, they represent the value changes of the most interesting and dramatic period of Ukraine’s recent history.

What do we have, then?

The question “How proud are you to be a citizen of Ukraine?” is quite ambiguous. In a classical methodological formulation it should sound like “How proud are you to be Ukrainian?” which references not citizenship but ethnicity. Being proud of one’s ethnicity is considered to be an indicator of traditionalism. But in the formula of the most recent survey in Ukraine it is not so obvious and remains open to various interpretations. Regardless, 47.5% are “quite proud” and 34.7% are “very proud” (82.2% total) of being citizens of Ukraine in 2020 vs. 41.0% and 26.0%, respectively (67.0% total), who had the same opinion in 2011.

The attitude toward homosexuality became marginally more tolerant but still remains one of the least tolerant compared to EU countries: 75.2% in 2020 vs. 79.4% said that homosexuality cannot be justified.

Civic activity, and in particular the use of petitions, expanded, but it remains one of the lowest compared to EU countries: 9% “took part” and 11% “could take part” in signing petitions in 2011 vs. 13.5% and 38.5%, respectively, in 2020. I would say that the reason for that is not only the rise of civic activity itself but also the spread of the internet over the population in 2020 compared to 2011, which makes signing much easier.

The idea that most people can be trusted is supported by 30.1% in 2020 vs. 23.1% in 2011. These figures seem to characterize that Ukrainian civic society has developed previously. According to level of trust, Ukraine in 2020 is in the middle of the list of European countries, where the highest level is in Denmark (73.9%) and the lowest one is in Cyprus (6.6%).

The level of happiness increased from 68% to 78.3% in the same period (the sum of “quite happy” and “very happy”). This indicator is the most debatable. As the researchers state, it is not so much connected to the level of wealth as to interpersonal relations. Moreover, the following data clarify the situation.

Support of the opinion “Income should be significantly higher in the case of more substantial individual efforts” has increased more than threefold (from 15% to 46.6%). Support of the idea “The state must be more responsible for ensuring that all citizens are well off” decreased from 75% to 49.4%, while the opposite opinion “People are more responsible for their own well-being” increased to 22.4% in 2020 from 12% in 2011. The idea “The share of state ownership in business and production should be increased” has less support: 42.1% in 2020 vs. 55% in 2011. These changes are a very optimistic shift from paternalism.

Trust in elections increased from 30% to 54.4% in these years, but voting in municipal elections decreased: the answer “I always vote” was given by 50.8% in 2020 vs. 61.0% in 2011. The latest elections have shown that the participation rate is even lower. A possible explanation could be the following: the recent decentralization reforms made local officials’ positions much more important than before, so they did their best not to lose their power (this eventually happened regardless).

The observed changes in this research—increased civic activity, better quality of life, less paternalism (at least not as absolute results but as general trends)—an be interpreted as truly positive shifts toward values that, according to the methodology of the World Values Survey, obtain in successful and developed countries. Xenophobia is usually considered to be a reaction to increasing complexity, however, and it’s difficult to argue against the idea that the world in 2020 is much more complex than in 2011.

These are the main conclusions that can be drawn from the presentation. In due course we shall perform a deeper analysis in order to see where Ukraine has moved on the cultural map of the world. 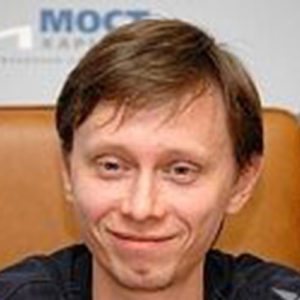 OLEKSIY MUSIYEZDOV holds a PhD in sociology and is a professor in the Department of Sociology at V. N. Karazin Kharkiv National University, Ukraine. His scholarship was recognized with an I. M. Popova Award in 2009. In 2017 he was awarded the president of Ukraine’s grant for the research project “Traditional, Modern and Postmodern Values in a Ukrainian Megapolis (the Case of Kharkiv).” Since 2014 he has received research and publication grants from the Canadian Institute of Ukrainian Studies (CIUS), University of Alberta. He is the author of "Mis’ka identychnist’ u (post)suchasnomu mehapolisi: ukrains'kyi dosvid" ("Urban Identity in (Post)modern Megapolis: Ukrainian Experience" (V. N. Karazin Kharkiv National University, 2016). His recent research projects include “Practices of the Self-Representation of Multinational Cities in the Industrial and Post- Industrial Era” (funded by the Kowalski Program and the Contemporary Ukrainian Studies Program, CIUS) and “Ukrainian Geopolitical Fault-line Cities: Urban Identities, Geopolitics and Urban Policy” (funded by the NORRUS Program of the Research Council of Norway). His main interests are cultural, urban, and identity studies, IT, and the migration of highly qualified specialists.