The current electoral cycle in Ukraine is entering its final phase on October 25, 2020. The cycle, which began in March 2019 with the presidential election, was fueled by snap parliamentary elections (rescheduled from October 2019 to July 2019) and ends with regular local elections. Despite having lasted for almost two years (since the official start of the presidential race), these elections to national office and local governments in Ukraine are different chapters of the same story. It’s an important story about the campaign to bring in “new faces” to the system of state power.

And there is no denying that the campaign was surprisingly successful. According to the Agency for Legislative Initiatives, the ninth convocation of the Verkhovna Rada of Ukraine includes about 80% first-time members. A larger turnover in the Ukrainian legislature was observed only in 1998, when the second convocation of the Verkhovna Rada had 86% new parliamentarians. In general, this kind of extreme result indicates voters’ desire to revive a barely functioning “social elevator” and turn it from a “hyperloop” of narrowly corporate interests into an “escalator” of new ideas, meanings, and competitive models of public administration.

However, the promised reforms from the winning presidential candidate and new crop of parliamentarians have failed to materialize, and increasingly Ukrainians have been dismayed to see old faces and oligarchic connections return to the corridors of power. Thus, the combination of a lack of political background in many of the “new” politicians, their own flaunted wealth and “bottomless pockets” of their relatives, and ties with domestic financial-political groups and foreign interest groups that are visible at a second glance (sometimes even at first glance) has inspired Ukrainians to go into politics en masse, trying their hand at the upcoming local elections. After all, if so-and-so is a People’s Deputy of Ukraine, why couldn’t I become a deputy of the village, city, district, or oblast council?

The popularity of Ukrainians’ desire to go into politics in these local elections was influenced by three main factors: (1) partial destruction of the myth of “exclusivity” and “secrecy” of the Ukrainian political class for people from outside the system, especially after the example of the parliamentary “turbolift” of 2019; (2) systematic demonstration by the “new faces” of their lack of minimum knowledge or skills required to perform the duties assigned to them by the citizens of Ukraine (to be fair, the “old” politicians sometimes have difficulties with this too); and (3) amendments to electoral legislation, transitioning from a mixed electoral system to open (or conditionally open) proportional representation lists. According to a survey by the Rating Sociological Group, at the beginning of October only 20% of citizens could explain how the local elections would be conducted. Moreover, from my own experience I can state that not all candidates for deputies in local councils are fully aware of the peculiarities and legislative changes that impact this election campaign.

The decentralization and redistribution of powers between the center and the regions introduced during President Poroshenko’s term—significantly increasing the powers of local authorities (in particular, with significant budget decentralization envisaged for 2021)—have also intensified the desire of Ukrainians to run for local governments.

For example, in addition to 20 candidates for the mayor of Kyiv, a remarkably large number of people have put in for positions on the Kyiv City Council. The Central Electoral Commission of Ukraine registered 2,197 candidates from 24 political parties to the Kyiv City Council—more than 18 candidates for each of the 120 seats on the council. According to the State Voter Register, as of September 30, 2020, there are 2,195,093 citizens living in Kyiv who have the right to vote and to be elected. So, basic arithmetic tells us that every thousandth adult resident of Kyiv is participating in the municipal election! This trend can be seen for other councils throughout Ukraine: out of thirty-five million voters in Ukraine, over two hundred fifty thousand citizens (more than the entire population of the oblast capital of Rivne, for instance) are candidates for councils at various levels. That is, every 130th citizen is running for various levels of local government. A staggering number of people want to contribute to state building on the ground, given that according to the current legislation of Ukraine, deputies on local councils perform their duties gratis.

Undoubtedly, each of the candidates has his\her own motive for running for local government, from socially altruistic to personally selfish. But everyone sees it as a possible springboard into “big politics.” After all, as President Zelensky said: “Each of us is the President!”

But the main question is whether this possibility genuinely exists in Ukraine. Is there an effective “social elevator”? Or is it possible that it has been transformed into something else—a “social bus”? Actually, this analogy is not random. I recently witnessed a conflict between a group of passengers and a bus driver, caused by the driver’s refusal to let passengers at a stop get on the bus, due to quarantine restrictions. Indeed, according to the Cabinet of Ministers of Ukraine Resolution No. 392 dated May 20, 2020, the maximum number of people in public transport vehicles must correspond to the number of seats indicated in the technical specifications of the vehicle. The driver referred to the government restriction and the fact that he was personally liable for violating quarantine measures. But the passengers protested that overall service was poor and there had not been another bus on this route for 30–40 minutes—during rush hour, when people were returning home from work. They couldn’t wait for the next bus, because they also had commitments. The dispute resulted in escalating tension and paralyzed bus movement for 15 minutes.

It might seem that there is nothing similar between this case and the “social elevator” associated with the impending local elections in Ukraine. But is that so? If we consider this situation from a slightly different angle, we can trace certain parallels.

First, the number of people wishing to enter both the system of state power and the “social bus” far exceeds the number of seats provided. And there are longstanding rules and regulations of behaviour in the face of fierce competition.

Second, based on my informal analysis, the party lists for the local elections include not the best or the most competitive, who have public experience and social standing resulting from their activity in various fields of human life—nor, oddly enough, the richest—but random people, who have even got on the bus at the “last stop.” And incredibly, due to present circumstances they are the ones who have the greatest opportunity to achieve the coveted lift up the “social elevator.” After all, despite the fact that the electoral system was changed to open-list proportional representation, the influence of party leadership on the formation of the lists remains decisive. According to article 185, par. 2, of the Electoral Code of Ukraine, candidates who receive voter support in at least 25% of the electoral quota (what is quite problematic even for popular politicians) are moved to the top of the respective electoral list. Otherwise, the rest of the winning seats are distributed in accordance with the order determined by the leadership of the parties that nominated the candidates.

Third, the local elections are unlikely to be able to repeat the results of the early parliamentary elections in 2019 and radically turn over the local parliamentary contingents. Here we can discuss movement in the horizontal plane (running candidates and incumbent deputies from one political project to another) rather than the vertical. In general, this “elevator” operates like a bus on a clearly defined route.

Fourth, as with the passengers I observed on the paralyzed bus, there is a certain apathy on the part of the electorate regarding the local elections. According to the same poll conducted by the Rating Sociological Group (October 4–7), only 58% of respondents knew that the election will take place on October 25, another 14% said it will take place in October, and 2% named a different month and date. Indeed, voter turnout can be extremely low due to both objective and subjective factors.

Fifth, we have a symbolic confrontation between “new” and “old” faces. Going back to the quarrel on the paralyzed bus, the participants repeatedly pointed to the inefficiency of either the local or the central government, depending on their political preference. Some referred to the inability of the Cabinet of Ministers or the Prime Minister of Ukraine to ensure the implementation of their own resolutions in practice, while others complained about the inefficiency of the “Kyivpastrans” public transportation utility and the mayor of Kyiv personally. In essence, with the approach of the local elections domestic conflicts have taken on a political hue and resonated with the rhetoric of political parties. The escalated interpersonal conflicts at the level of the citizenry have partly transformed into political conflicts, which can have destructive consequences for society as a whole.

Therefore, on the eve of the election, every Ukrainian—candidates as well as voters—should think seriously on how they want to move into the future (elevator or bus), by what route, where, and with whom. 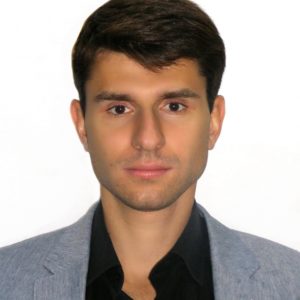