Volodymyr Kravchenko, Director of the Canadian Institute of Ukrainian Studies, University of Alberta.

Oleksandr Pankieiev: This year Canadian Institute of Ukrainian Studies is celebrating its fortieth anniversary and the beginning of Ukrainian studies in Canada. How has the institute changed over the years? What new challenges and tasks does it face as compared with 1976?

How has the institute changed over the years? I’d like to hear the views of people who evaluate us from outside and take an interest in what we do. The institute was a joint project of the Ukrainian diaspora and the government of Alberta. It’s also worth emphasizing that this project was born and developed within the framework of the concept of multiculturalism, which was intended to support ethnic minorities. As soon as Ukraine gained its independence in 1991, local politicians and representatives of the academic community began to question whether there was still any need for Ukrainian institutions here: Ukraine is free; we have to concentrate on Canadian problems, and so on. The need arose to reconceptualize the institute. That was in 1991. Now, I think we face another challenge and a need for further reconceptualization of Ukrainian studies and the institute as a whole. First and foremost, it appears that Ukraine has broken out of Soviet space into a sphere of independent development. Secondly, the development of the humanities and social sciences, especially post-Soviet, European, Russian, and Eurasian studies is so dynamic that we are barely managing to keep up with the change of paradigms, generations, and the growing flood of literature. These difficulties may be summarized in two categories: the sociopolitical context and challenges in the humanities and social sciences per se. We now have an opportunity to talk about them and their relationship, about text and context. Hence the title of our autumn conference: “Ukrainian Studies in Canada: Text and Context.”

Oleksandr Pankieiev: Could you say a few words about the conference?

Volodymyr Kravchenko: It may turn out to be a symposium: that depends on how many people we can bring together and what agenda we will address. We have planned the conference not only to discuss the institute but also to evaluate the current status and development of Ukrainian studies in Canada. We are planning four round tables on the history and new challenges facing Ukrainian and Ukrainian-Canadian studies, research, and teaching.

Oleksandr Pankieiev: What new projects is the institute undertaking?

Volodymyr Kravchenko: We are attempting to define and establish priorities for the development of Ukrainian studies at the institute. Basically, we are now concentrating on the completion of old projects begun twenty years ago or more. This is extremely difficult, given that a reorganization of the institute is under way and that our financial resources are not so great. We have undertaken projects of the kind that occupy dozens of people in other countries. As for new projects, we want to develop research projects on contemporary Ukraine and concurrently to focus attention on the Ukrainian-Russian borderland in the broadest terms—political, cultural, historical, and geographic.

Oleksandr Pankieiev: How does the institute implement an interdisciplinary approach in its projects?

Volodymyr Kravchenko: The question is both easy and difficult to answer. As far as I’m concerned, there are no projects that can be conceived and developed in the old categories defined by separate disciplines—this is a literary project, and that is a historical one. All projects must now be interdisciplinary to a greater or lesser extent.

Oleksandr Pankieiev: Could you comment on the status of Ukrainian studies in the Western academic sphere, particularly in Canada, and the institute’s influence on general trends in academic studies?

Volodymyr Kravchenko: It’s hard to respond briefly. Our upcoming conference is actually meant to address that fundamental question: where we are, and where we plan to be sometime in the future. But I can offer a few observations of my own. First, Ukrainian studies no longer need to be justified in the terms required thirty or forty years ago. The question of what Ukraine is and whether Ukrainian studies are necessary is almost never heard today. No one casts doubt on the academic status of such studies. If you present a good text in Ukrainian studies today, any publisher or journal will be glad to accept it. The number of specialists in the West and the quality of their work are growing and developing. This is no longer an existential problem but one of quality and future priorities.

The role of the institute? The center of Ukrainian studies shifted to Ukraine long ago. There is a new generation of scholars who are integrated into global academic life, who know languages, who have mastered contemporary interpretive approaches and are no strangers to the West. The institute must change and renew itself—that is the main problem. Many years ago, the institute had very different tasks and priorities. Now everything has to be rethought, and the institute has to be integrated into a new and different context of academic studies—Ukrainian, East European, Slavic, post-Soviet, and so on. I would not call this a crisis; rather, it’s a normal process. We shall see how the role of the institute is assessed in light of the fundamental developments of 1991 and 2013–14. As a historian, I think that those developments have to be taken as a base for evaluating the state of affairs in the academic world, the post-Soviet world, and other spheres. That’s a brief and not very concrete answer.

Oleksandr Pankieiev: What further steps can be taken to improve cooperation between Western and Ukrainian scholars?

The institute has programs and offices in Ukraine—in Zaporizhia, Kharkiv, and Lviv. The local universities are our main partners, with whom we have agreements on cooperation. These programs are headed by people who have their own priorities and are carrying out important projects: Volodymyr Milchev, Volodymyr Kulikov, Yaroslav Hrytsak. That is one vector of possible cooperation: joint action with our centers. Another vector is our grants policy. Every year we announce competitions for grants, fellowships, and research visits to Canada. We have established an annual prize for the best publications in Ukrainian studies and have already made the first awards. The winners are chosen every year by specialists in Ukraine and Canada. We are also involved in developing a new “Ukrainian Studies Forum” on the Internet to which we gladly invite intellectuals in Ukraine from various disciplines pertaining to Ukrainian studies. We also have an electronic journal, East/West: Journal of Ukrainian Studies. Access to this English-language journal is available by free registration. We are interested in receiving good-quality texts and fresh ideas from Ukraine. That’s a brief survey of the possibilities that we see and that can be employed to improve dialogue between scholars in the West and in Ukraine. The only problem is that, as my impressions suggest, the number of people prepared to make the additional effort required to learn English and achieve Western standards of academic writing is still limited.

Oleksandr Pankieiev: Last year the institute announced the launch of a post-doctoral program. Could you give some details about this and other granting initiatives at CIUS?

Volodymyr Kravchenko: This is one of the ways in which we are trying to reorient our priorities and direct intellectual and financial resources toward the study not only of ancient, premodern, or modern history, but also toward contemporary Ukraine. That was the goal of the Stasiuk Program, which has now been rethought and reconceptualized to bring specialists in contemporary subjects to the institute for one to three years of work. In this first year of the program, we have welcomed two specialists in Ukrainian studies who do not work in the classic disciplines (language, literature, history) but in the social sciences and environmental studies. This is a policy that we plan to continue. We have now announced a competition for a three-year postdoctoral fellowship for specialists in contemporary Ukraine.

Volodymyr Kravchenko is director of the Canadian Institute of Ukrainian Studies and professor in the Department of History and Classics, University of Alberta. 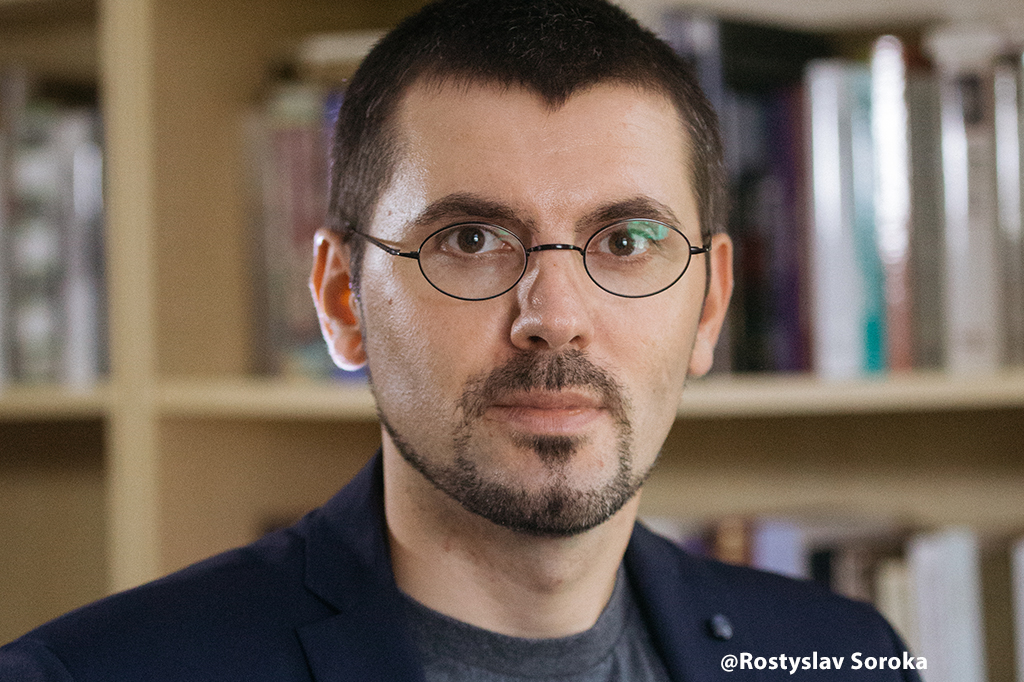