The economic cost of the war in Ukraine, the future reconstruction, and the role of cryptocurrencies

The escalated full-scale invasion of Ukraine by Russia, which began on 24 February 2022, is probably the major European conflict of the 21st century. While it is still too early to judge how these dramatic events will turn out, the economic consequences of the war are already being felt. This paper (1) reviews the effects of the war on Ukraine’s domestic as well as international economics; (2) offers some forward thinking on possible paths to rebuilding Ukraine; and (3) looks at how the war has changed the economic roles and perceptions of cryptocurrencies.

Economic consequences of the war

The economic consequences of the war can be seen at two levels: national and international. Ukraine is suffering the sadly “usual” economic effects of war on a national scale. The fighting has caused significant population migration, effectively paralyzing the economy in the combat zones. According to the OECD, approximately three million people fled Ukraine in the first three weeks of the war and 4.6 million over the entire duration of the conflict thus far (Figure 1).

Figure 1. Outflows of refugees from the war zone.

Its industrial and logistical infrastructures have been significantly damaged, if not destroyed. The country is currently deprived of a part of its territory, under the occupation of the Russian army. This part overlaps with the wheat-growing areas to a significant degree. Farms and agricultural machinery are destroyed, and the land has become unusable. Access to sea routes through the Black Sea is blocked, which is another serious blow as the economy of Ukraine was traditionally organized around its ports (Yuzhne, Odesa, Chornomorsk). The World Bank predicts that the Ukrainian economy will shrink by 45% in 2022.

On an international scale, the conflict has had far-reaching consequences.

On the one hand, Russia has suspended its gas exports to European countries that do not pay it in roubles (particularly Bulgaria and Poland), as well as grain exports (wheat, canola, rye, barley, corn) to all other nations in the world. On the other hand, Ukraine can neither harvest part of its cereal crop (estimated loss of 30–40% for 2022) nor export its stored cereal stockpiles because of the Russian blockade of the Black Sea. More than 20 million tons of wheat, corn, and sunflower have remained blocked at the quayside, in the holds of ships, and in silos, according to the estimates of the Ukrainian authorities. The tragedy here is that Ukraine provides large volumes of grain that balance the food security in many countries (Lebanon, Libya, Tunisia, Yemen, and others). In 2021 Ukrainian exports represented 12% of the world market for wheat, 16% for corn, 18% for barley, 20% for canola, and 50% for sunflower.

Secondly, this war has significantly slowed down global economic growth. According to the OECD, it is expected to fall by one percentage point in 2022. The world economy is facing a major stagflationary shock, reminiscent of the one in 1973/74 shock. The impact of the stagflationary shock differs across the regions (Figure 2). European economies are comparatively harder to hit than the economies of the Asia-Pacific and the Americas—which, moreover, have weaker trade links with Ukraine and Russia. The shock mechanisms are linked to the acceleration of inflation caused by the rise in energy and commodity prices. This inflation adds up to the inflation that was observed before the start of the war in Ukraine. The present inflation surge is occurring in the global context of stagnating wage levels, which significantly impacts household purchasing power. In France, for example, purchasing power is expected to fall by 0.2% in 2022. Companies that are themselves facing an increase in the price of their inputs are now confronted with a contraction of their outputs. At the same time, central banks (whose main objective is to fight inflation) will have to review their accommodative monetary policies and raise their key interest rates. The Federal Reserve Board (FED) has already taken this path by raising interest rates to 0.75% and 1%. The European Central Bank (ECB) has announced a rate hike scheduled for the summer of 2022, while the Bank of England (BOE) just raised its rates to 1% in early May 2022. This general tightening of monetary policies to limit inflation will be at the expense of economic activity.

Figure 2. The conflict implies a substantial hit to global growth and firmer inflation

Third, the war has caused turbulence in international financial markets. Most stock market indices (CAC40, Dow Jones, Nikkei) fell after 24 February 2022 and have remained highly volatile. Unsurprisingly, the stocks most affected are those most exposed to the Russian market (banks, insurance companies, and automotive industry, to name a few).

Without prejudging the outcome of the war, the question of the reconstruction of Ukraine deserves focused attention. President Volodymyr Zelensky called for a new Marshall Plan for Ukraine: “We are already preparing a large-scale recovery and reconstruction plan after the war. We need a strategic international support plan for Ukraine, a modern analogue of the historic Marshall Plan.” And indeed, the extent of the damage to the country is already evident. Thousands of civilian and military casualties and millions of displaced persons (7.1 m inside and 4.6 m outside the country) have been recorded. Houses, bridges, roads, ports, industrial, agricultural, and social infrastructures (schools, kindergartens, hospitals), power lines, storage facilities, and logistics centres have been completely or partially destroyed. Added to this, the civilian death toll increases with every new day of the war. According to the Centre for Economic Policy Research (CEPR), the Ukrainian economy has lost 30 to 50% of its production capacity, with major losses concentrated in eastern Ukraine.

What could the “new Marshall Plan” called by President Zelensky for Ukraine look like? It should have two components: a massive international transfer of resources and trade asymmetry. The gigantic international transfer of resources is an emergency measure for a partially destroyed country that lacks initial inputs. It should focus on grants rather than loans. To recall, 88% of the 1948–52 post-WWII Marshall Plan was made up of donations. Today, Ukraine has already received 6.24 billion EUR from the international donor conference to provide emergency subsidies to operating businesses. Farmers have received 20 billion Hryvnias (648 million Euro) to buy inputs and seeds. “But this is only part of what is needed to restore normal life in the affected territories,” said President Zelensky.

Indeed, the CEPR estimates the overall cost of Ukraine’s reconstruction to be between 200 and 500 billion EUR. The Ukrainian Ministry of the Economy and the Kyiv School of Economics (KSE) have put the cost at around 532 to 576 billion EUR. For comparison, the Marshall Plan cost 12 billion EUR (or 2% of the US GDP of that time), the German unification cost 1.92 trillion EUR (with 288 billion EUR dedicated to infrastructure alone), the post-9/11 reconstruction of Afghanistan cost 139 billion EUR, and Iraq cost 211 billion EUR. Meanwhile, landmine clearance in the Donbas region alone in 2014 cost 650 million EUR.

The second aspect of anticipated required support for Ukraine is trade asymmetry. Inspired by the US Generalized System of Preferences (GSP), trade asymmetry was already included in the Association Agreements that the EU signed with the Central and East European (CEE) candidates for accession in the 1990s. According to this principle, the EU committed itself to remove its tariff and non-tariff barriers more quickly than the CEE countries. Trade asymmetry makes it possible to compensate for the asymmetric shocks induced by trade liberalization. In this respect, trade asymmetry constitutes a formidable tool of solidarity in favour of those who benefit from it. The aid then goes directly through the trade channels. The higher the levels of trade, the stronger the effect. In the case of Ukraine, the share of its exports to the EU had risen before the war from 30% in 2014 to 36% in 2020 (while that to Russia had fallen from 18% to 5.5% over the same period). The trade asymmetry does not imply, however, that Ukraine will definitely join the EU.

A new look at cryptocurrencies

The extensive use of cryptocurrencies by Ukraine and Russia during the war has refreshed the focus on these assets. On 15 March 2022 Ukraine passed a law “On Virtual Assets.” The country had already received more than 51.8 million EUR in cryptocurrency donations on its national CryptoFund by that date. The new law is the world’s pioneering in the field as it gives cryptocurrencies legal status and defines the conditions for their use in the country. Ukrainian citizens are invited to open wallets in cryptocurrencies and freely settle their transactions with them. Banks, for their part, are allowed to open accounts for cryptocurrency service providers. Two institutions (the Central Bank and the Securities and Exchange Commission) are responsible for ensuring the proper functioning of the cryptocurrency market. Russia, for its part, also tries acting fast. Considering the fact that the Russian citizens converted their Rubles into cryptocurrencies on the black market, the Russian government removed the Central Bank of Russia’s blockade by allowing mining in regions with excess electricity production and saying it was willing to accept payment in Bitcoin for its gas exports.These new uses of cryptocurrencies have had the effect of a global earthquake. Official fears have been expressed everywhere, such by Christine Lagarde, President of the ECB, asking about the “dangers” of Bitcoin at the Bank for International Settlements’ innovation forum: “So is it a threat? Yes. Has it been a threat in the past? Yes (…)” These fears are now being addressed by a wave of new regulations: President Biden’s decree in April 2022, adding cryptocurrencies to the list of Western economic sanctions against Russia, freezing some international platforms (Kraken, Binance, Coinbase, Currency.com, etc.) in the cryptowallets of Russian citizens, and others. While the cryptocurrency market continues to grow relentlessly (expected to reach 2.3 trillion USD for 82.2 million users in 2022), the Western countries are finally becoming aware that their first apprehensions about cryptocurrencies (being content to reduce them to simple cryptoassets) are now proving to be too narrow and entirely outdated to grasp all of the cryptocurrency uses. 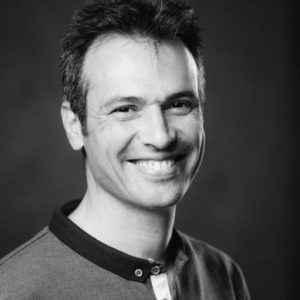 Assen Slim is an economist, senior lecturer, and director of research at the National Institute of Oriental Languages and Civilizations (INALCO) in Paris. He holds a PhD in economics from the University of Paris 1 Panthéon-Sorbonne. His research interests are in post-socialist transition, international economics (particularly intra-industry trade), environmental economics and sustainability, European monetary integration, cryptocurrencies, and Blockchain. He is the author of 11 books, 12 book chapters, and 17 articles in peer-reviewed journals, as well as 41 articles in other journals, and he edited a special issue of the East-West Comparative Studies Review on the social costs of post-socialist transition.