​​The fallacy of “Russian Culture” in Ukraine

On 25 April the New York Times, a newspaper with more than nine million subscribers, published on its editorial page an essay, “Russian artists aren’t the problem,” by Kevin M.F. Platt, a professor in the Department of Russian and East European Studies at the University of Pennsylvania and editor of the book Global Russian Cultures. Although he is careful to blame Russia for “the depraved brutality of the unprovoked Russian invasion,” he deplores what he sees as “retaliations against anyone and anything Russian” by other countries. He finds it “profoundly ironic that those who react to the war in Ukraine by aggressively or indiscriminately canceling or restricting artists and artistic works simply for being Russian are reflecting the same kind of nationalist thinking driving the Russian invasion in the first place.”

From such assertions one might be forgiven for assuming that Platt’s intention is to defend Russian artists from unfairly being singled out and “canceled.” However, the substance of his essay is about something else. It is that “there is no one ‘Russian culture’—there are many”—in Russia, Ukraine, Latvia, Uzbekistan, and other countries, namely, “global Russian cultures.” Platt conflates “Russian culture” with “Russian-language literature” and “Russian diaspora cultures.” These are not trivial but critical distinctions familiar to anyone who studies literature and culture in general. By muddying the water, Platt presents a fallacy that is tantamount to upholding the idea of the “Russian World” (russkii mir), a political brand or label heavily promoted by the Kremlin that appropriates as its own “anyone and anything Russian” beyond the borders of the Russian Federation.

Russian culture and the “Russian World”

Platt states disingenuously that “most Russians in Ukraine have no desire for Mr. Putin’s ‘salvation’—and a great many have taken up arms to resist it,” adding that these “Russians” have a “different homeland. Now that is a demonstration of a distinct Russian culture.” What Platt deliberately neglects to say is that these “Russians” are not Russians at all but rather Ukrainians (citizens of Ukraine). Even though they may be ethnic Russians, they are no more Russian than the many American or Canadian citizens who are ethnic Russians. Their culture may be Russophone but it is not a “distinct Russian culture.” Is the American culture a distinct English culture? American culture is largely Anglophone, but no one would accept the assertion that American culture is an English culture. Quebecois culture is not French culture but a Francophone Canadian culture. Platt contends that there are millions of people outside Russia who write in Russian, including Shamshad Abdullaev of Uzbekistan, creating “their own Russian culture.” Although it is possible that Abdullaev is a Russophile, he would be surprised to learn that he has created a “Russian culture.” Since, according to Platt, “his writing in Russian bears no relation to the Russian state or the territories it seeks to claim,” it is not Russian culture, but Russian-language Uzbek literature. Platt also discusses Boris Khersonsky, “a Jewish poet from Odesa who writes mainly in Russian.” He claims that Khersonsky “of course, might best be described as a Ukrainian poet. Yet his poetry forms part of a distinctive Russian culture. This is the crux of the matter.” Actually, the crux of the matter is not this. Rather, it is that Khersonsky belongs (not “might best be described” as belonging) to Ukrainian culture, not to a “distinctive Russian culture.” Here, too, Platt conflates Russian culture with Russian-language literature outside the Russian Federation.

To justify his claims, Platt repeats the platitude that languages and cultures transcend national borders:

The idea of discrete national cultures, conducted in distinct languages and associated with states and their “proper territories”—French culture in France, German culture in Germany—is associated with the rising tide of ethnic nationalist ideology of the 19th century. Even then, this idea didn’t correspond to reality. The forces of migration—as well as the more destructive means of war, conquest, and colonialism—have ensured the mingling of people, languages, and cultures throughout history. Borders between territories associated with one or another language or ethnic group have shifted over and over again, and so have the cultures they created.

All very well, but Platt omits the obvious fact that the world has evolved since the nineteenth century and that many countries (including the former European colonial powers) have learned not to press territorial and cultural appropriations beyond their respective political (or “national”) borders, the kind of appropriations Platt purports for “Russian culture.” To avoid this kind of cultural usurpation, we have learned to say, when it is ambiguous, “English-language literature,” “Russophone diaspora culture,” and the like. So as not to repeat our follies of the past, we do not appropriate history and culture beyond our national borders, and we acknowledge that the world was and is connected in a myriad of ways. Ukraine has Ukrainian culture, not a “distinctive Russian culture,” even when it is written and expressed in the Russian language. What Platt is promoting is Russia’s cultural appropriation, and he does so by conflating “Russian culture” with the various cultures and literatures created by the media of the Russian language beyond the borders of the Russian Federation.

Even more ambiguous are historical cases. Does Nikolai Gogol/Mykola Hohol (who mostly wrote in Russian) belong to Russian culture? How about Ukraine’s national poet, Taras Shevchenko (who mostly wrote in Ukrainian)? Both belong to the culture produced in the nineteenth-century Russian Empire, but in today’s world, Russia is ambivalent about Shevchenko (a “proto-Ukrainian nationalist”), while it embraces Gogol as its own. But Ukraine, now an independent state, has also adopted Hohol as its own, because he was born and grew up in Poltava and his writing was heavily influenced by Ukrainian folk culture. Gogol/Hohol’s self-identification, which rested somewhere between Ukraine and Russia, confounds the question of belonging.[1]

It should be remembered, in any case, that the Russian Empire denied the very existence of Ukraine and Ukrainian culture and therefore did not even allow for an administrative unit called Ukraine to exist in the empire. It denied the very existence of the Ukrainian language (which was merely a “Little Russian dialect”) but forbade its use all the same. Moscow takes advantage of these ambiguities to appropriate foreign lands and cultures. Platt fails to see through this Russian political scheme. Thirty years ago, shortly after Ukraine’s independence, Michael Ignatieff, a prominent Canadian academic and politician whose Russian family was from Ukraine, frankly admitted that he had “difficulty in taking Ukraine seriously” and that he had “just a trace of old Russian disdain for these ‘little Russians’.”[2] While Ignatieff’s view is nothing but a personal prejudice, Platt’s is cloaked in a scholarly claim about what he calls “global Russian cultures.”

This sort of ruse to obfuscate the inflated use of “Russian” is nothing new. Platt seems utterly oblivious to, or ignorant of, the long history of Ukraine’s protestation of Russia’s imperialist appropriations of things Ukrainian. To fully comprehend this, one must understand the origin of the terms Russia and Russian, which are derivatives of Rus’, referring to the medieval state that encompassed much of today’s Ukraine and Belarus and parts of Russia, with the center in Kyiv, the capital of today’s Ukraine. Russia may have some claim to the Rus’ heritage, but it cannot disregard Ukraine’s and Belarus’s equally valid claims.[3]

Yet Russia has been determined to appropriate the idea of Rus’ for itself by denying the existence of Ukraine as an independent state. Both the Ukrainian and Polish languages traditionally distinguish between the names Rus’ (Русь, руський/Ruś, ruski) and Russia (Росія, російский/Rosja, rosyjski), whereas the Russian language obscures them (Русь, Россия, русский, российский). In English both russkii and rossiiskii are rendered as “Russian,” complicating the already confusing terms. Putin calls the lands of Rus’ as “old Russian lands” (древнерусские земли, drevnerusskie zemli) and insists that Rus’ people called themselves “Russians”   (русские) .[4]

If the English and Russian languages were to adopt “Rusian” (or revert to the Latin equivalent “Ruthenian”) and ruskii, respectively, to refer to Rus’, it would solve some of the confusion.[5] Although there has been much discussion on the difference between russkii and rossiiskii, effectively it has done little to challenge Russia’s false albeit strenuous monopolization of the concept and culture-history of Rus’.

Sadly, many generations of North American Russia specialists were taught about “Kievan Russia.” Here we must state emphatically that there was no such thing as “Kievan Russia,” as Russia claims. Regrettably, however, even today if one puts this term in the keyword section of the OCLC library catalog, it will return approximately 200 results, starting with George Vernadsky’s classic work, Kievan Russia (published by Yale University Press in 1948, 1973, and 1976). As late as 2000, the hugely popular Russian history textbook (and reissued numerous times) by Nicholas Riasanovky and Oxford University Press , A History of Russia, called Rus’ “Kievan Russia.” In point of fact, the Muscovite Principality did not emerge as the State of Russia until the fifteenth or sixteenth century (i.e., two to three centuries after the collapse of Rus’ in the thirteenth century), although the concept of Russia (Rossiia) may have appeared earlier. Muscovite tsars justified their territorial expansion as the “gathering of  Russia,” resolutely rejecting any concept of Ukraine and aggressively employing such terms as “New Russia” and “Little Russia” for Ukraine. Even now most Western specialists of Russia use, without embarrassment, such terms as “Peter the Great” (instead of Peter I) and “Catherine the Great” (instead of Catherine II) as if intent on legitimizing Russia’s imperialist self-aggrandizement.

Furthermore, in its war against Ukraine Russia has enlisted the Russian Orthodox Church. Ecclesiastically, the church claims to be the sole heir to “holy Rus’,” asserting full control over Ukraine’s Orthodox churches and supporting the war against Ukraine. In this regard, we assert that Russia ranks with such aggressive theocratic regimes as the Islamic State. Indeed, cultural, linguistic, and religious appropriations can be as threatening and conducive to conflict as territorial ones. With the demise of the age of empire, the world has generally ceased to engage in such appropriations precisely because they are dangerous. Russia deliberately reverses this progress, and Platt would appear to subscribe to these reactionary, imperialist Russian claims.

Platt is right that one should not cancel Russian culture indiscriminately and that Russian artists are not the problem. But the thrust of his essay is not about canceling Russian culture. His real interest is to argue for the conflation of “Russian culture” with Ukrainian and other cultures. Putin has not turned a hair at just such statements as Platt’s “the depraved brutality of the unprovoked Russian invasion.” On the contrary, Putin would be delighted with Platt’s essay which echoes his own slogan of cultural and territorial aggression—the “Russian World.” What is deeply regrettable is that this sort of Russian propaganda goes unnoticed in the Western mass media and academia.

[2] Michael Ignatieff, Blood and Belonging: Journeys into the New Nationalisms (New York: Penguin, 1993), 108. Now, however, he seems to take Ukraine more seriously. See “Michael Ignatieff – The Historical Perspective of the War in Ukraine”

[3] See Jaroslaw Pelenski, “The contest for the ‘Kievan inheritance’ in Russian-Ukrainian relations: Origins and early ramifications,” in his Contest for the Legacy of Kievan Rus’ (1998). Pelenski notes that Russia can claim some dynastic heritage of Rus’, ignoring the fact that the Riurikide Rus’ dynasty ended in the late sixteenth century, soon replaced by the Romanov dynasty. The Romanovs’ rule ended in Russia in 1917, more than one hundred years ago, in any case. 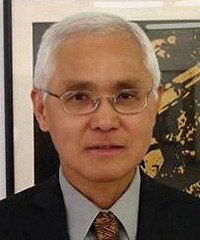 One thought on “​​The fallacy of “Russian Culture” in Ukraine”