Don’t call it a crisis

On 24 February 2022 the Russian Federation commenced a full-scale military invasion of Ukraine that numerous news outlets all over the world reported as the “Ukraine conflict” or the “Ukraine crisis.” Journalists and political science pundits began to discuss the beginning of a new war in 2022. These phrases miss the truth about this war—that the most recent series of attacks is in fact an escalation of Russia’s war against independent Ukraine which started with the invasion of Crimea and the Donbas region in 2014.

Ukrainian government representatives themselves have pointed out that the words which official international organizations select to describe the Russo-Ukrainian war are highly significant. After the Irish Times, for example, reported that the United Nations advised its staff against using the terms   “war” or   “invasion”      regarding Ukraine but instead to call it a “     conflict,” the Minister of Foreign Affairs of Ukraine Dmytro Kuleba condemned such dissembling. While the UN spokesman Stéphane Dujarric acknowledged that the internal memo does not represent the official position of the UN, clearly the Ukrainian government feels that such designations are of great importance.

In Russia, the linguistic front of its war on Ukraine is more seriously fought than anywhere else, as the Russian authorities stand firmly on the position that what is happening in Ukraine can only be referred to as a “special military operation of the Russian Federation,” with some Russian journalists emphasizing that it is crucial not to use the word “war” because these events are so insignificant. Some news agencies, however, have stated that they are being forced to use this term,  facing a sentence of up to 15 years if they refuse to comply. To further establish their position on this designation, the Russian authorities initiated a day of lecturing high school students on the topic of the “special military operation.”

Apart from the many news outlets all over the world continue to refer to what is happening in Ukraine as a “crisis,”      many others also continue using this unjustified term. However, a crisis is a moment in political, social, economic, or military affairs when an abrupt change happens. While the war in Ukraine that started in 2014 is commonly referred to as a crisis,      eight years of exhausting war cannot be described simply as one single moment or a single turning point.      To illustrate, history books don’t refer to WWII as a “crisis”! Titles such as the American Crisis of Independence  or Vietnam Crisis      haven’t yet found their place in history textbooks, as these events better fit the description of the war that was defined by the Cambridge Dictionary, as “armed fighting between two or more countries or groups.”

It would thus be unfair to refer to February 2022 as the “first days of the war” or as the “beginning of a new war.” The Russo-Ukrainian war was started in February 2014 with the annexation of Crimea and armed fighting in Donbas, especially considering the Russian military presence in Donbas.

It is also important to recognise that it is not only Putin’s war but a Russian invasion. Polls conducted by the Levada Center show that a strong majority of respondents in Russia – 69% – believe that their country is moving in the right direction, after just over 50% believed so in February. The war against Ukraine has also obtained support from the overall society—for example, top managers of some Russian universities have released statements of support of the invasion.

Language shapes the way people think about the events that occur around them, and the wording used to describe the brutal and tragic events taking place in Ukraine is important. Many Ukrainians feel that the term “crisis” diminishes their severity. This view is supported by a message released by some PR professionals in Ukraine – “It’s not a crisis, conflict, tragedy or aggression – it is a war.” A PR professional explains the need to replace the term “crisis”: “What is the proper name for a crisis when the so-called ‘military aggression’ against a neighbouring country has caused the deaths of over 2,000 civilians, including children?”

The term “crisis in Ukraine” is misleading to the point of negligence, as it reduces the severity of what is happening and doesn’t address anyone’s responsibility. For readers who don’t know the context, it looks like there is an unfortunate event in Ukraine, but this phrase doesn’t speak to why it is happening. Media and communications on the conflict must acknowledge that there is a full-scale Russian military invasion that aims to mercilessly destroy Ukraine as a country—and its people. 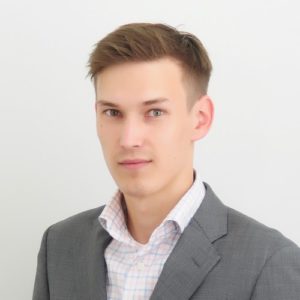